The Epic of Everest DVD/Blu-ray

Advertisement from British Film Insitute 16th December, 2013
This has been read 5,683 times
Price: From £13.24 (Amazon)Brands: British Film Insitute
Share
Product News at UKH presents climbing, walking and mountaineering equipment posts that will be of interest to our readers. They are not gear reviews and are provided by companies that advertise with UKClimbing Limited. 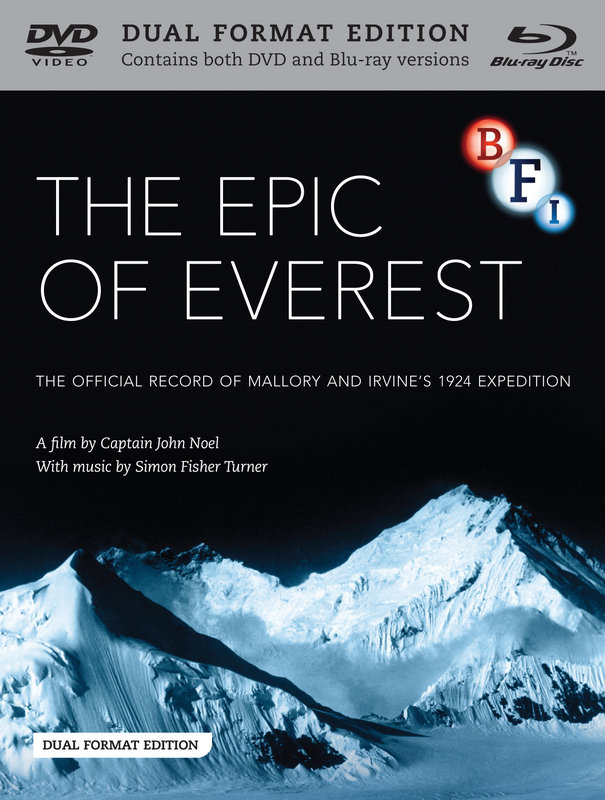 The Epic of Everest - the official record of Mallory and Irvine's 1924 expedition - is released on DVD/Blu-ray on 27th January 2014.

This critically acclaimed new restoration by the BFI National Archive includes the original coloured tints and features a newly commissioned score by Simon Fisher Turner, which has just been voted No.1 soundtrack of the year by Mojo magazine.

Financial Times - “The Epic of Everest must be seen”

Life of a Mountain: Blencathra

Terry Abraham's cinematic love affair with Lakeland's landscape reaches new heights in his forthcoming film Life of a Mountain: Blencathra. Romantic without being sentimental, this understated yet heartfelt film is his most accomplished to date.

If you've been keeping an eye on the latest developments in adventure film over the last six months, you'll have been hard pushed to miss the release of the Brit Rock Film Tour. The latest project from leading mountain filmmakers Posing Productions, the...

martinph78
16 Dec, 2013
Awesome, I'll still get the "we never know what to get your for xmas so here's a voucher" though. Let's hope it's a voucher for Amazon!
Add Comment
Product News at UKH presents climbing, walking and mountaineering equipment posts that will be of interest to our readers. Please feel free to comment about the post and products on the associated thread.
Please support the following outdoor retailers who support UKHillwalking.com: