At Outdoor Research®, we built a company from a feeling: the urge to get out. It's what drives us. We love coming to work every day and inventing ever better solutions to what nature throws our way. But we're more than just the gear we build. We're part of a community of friends whose lives are connected by our common need to be outside. Our tribe is devoted to exploring our outdoor passions and challenging ourselves in the mountains, water and deserts of the planet we love so much.

In 1981, a brilliant scientist and adventurer named Ron Gregg watched his frostbitten partner get airlifted off a glacier on Denali. He'd spent months planning a new route in the purest style, skiing 100 miles from the road to the base of the climb. Barely halfway to the summit, their trip ended with the failure of a simple pair of gaiters. Stubborn to the end, Ron refused a seat on the helicopter and descended alone for two weeks, pondering what had happened. Somewhere along the way he realized he could both fix the gear problem and devote his life to pursuing his passion for adventure. By the end, he knew one thing for sure: He wasn't going back to his old job.

Ron Gregg built Outdoor Research on the idea that life is an adventure, and the best gear makes it more fun. Though he died tragically in an avalanche more than a decade ago, his legacy remains at our core. In our world, it's not about chasing heroes; It's about being on the journey. It's not how often we get out as much as how often we want to be out that makes us who we are. Our goal is to do all we can to expand the tribe of people who share our belief that progress is spiritual and life is unimaginable without the quest.

And we want you in it, because we're pretty sure that the bigger our tribe gets, the better off the world will be.

An 800-fill light-to-midweight jacket that packs down surprisingly small, the Helium Down Hoodie is durable and warm for its weight, says Theo Moore, making it equally ideal for chilly belays and lightweight backpacking. 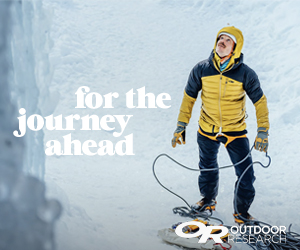 These are reviews from the UKH editorial team

More spacious than a simple bivvy bag and lighter than most solo tents, this is a first class hooped bivvy. But it's the unique way that you can both sleep in it and practically wear it that sets the Interstellar apart, says Dan Bailey

If you are a multi-discipline outdoors enthusiast and want just one shell to cover all bases - or even to carry just in case - the Interstellar is a great lightweight option, says Rebecca Ting

Whether you're climbing, camping or walking - or even just out in town - a light and packable down jacket is a versatile layer year-round. We compare 10 options.

The Helium II jacket is well named. This ultralight shell is ideal for weight conscious activities like running, lightweight...

Lightweight softshell jackets are a summer staple for both walkers and climbers. We compare 11 models here.

Warm for its weight, highly breathable and well-tailored - the only thing this versatile softshell really lacks, says Pegs Bailey, is zipped...

Marrying weatherproof fabrics with a snazzy pile lining, this is a bit of a cutting edge softshell, reckons Dan Bailey....

These are announcements direct from this brand

Outdoor Research are expanding their range of products, based around their best-selling Helium Rain jacket, for SS21. The range utilises the Bluesign approved Diamond Fuse fabric technology from Pertex.

Next up in our Spotlight Trade Show is the clothing category. Once again, we've asked brands to tell us about their products that are hitting the market now and they've shown us their best new jackets, crag and casual clothing, running wear and everything...

New for AW'20: The Outdoor Research Helium Down Hooded Jacket

The Helium Down Hooded Jacket from Outdoor Research infuses ultra-durable Pertex Diamond Fuse fabrics into the lightweight down jacket category, adding several degrees of durability along with added weather protection to...

Using a unique fabric with diamond-shaped filaments that lock together, the new Helium Rain...

Hats, hats, hats… Outdoor Research has a style to suit everyone and every outdoor activity, which one would be your...

We spent earlier this week catching up with brands at the big winter gearfest: ISPO. Despite the fact the show was quieter than...

We bring you the low down from those who know the products best...SHOP STAFF!! This list of...

Outdoor Research are expanding their range of products, based around their best-selling Helium Rain jacket for Spring Summer 21. The range utilises the Bluesign approved Diamond Fuse fabric technology from Pertex and includes the new Helium Win...

The Bitterblaze gloves from Outdoor Research are the perfect glove for Alpine or Scottish winter use. They offer a huge amount of insulation whilst maintaining dexterity to allow you to keep your hands fully protected at all...

There's a nip in the air, the latest gear has hit the shops and we're super-excited to be on the...

Sleep under the stars with Outdoor Research's most technically advanced shelter...

For our latest competition we're giving UKC readers the chance to win a choice of down or... 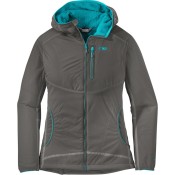