Share
Reviewed by Rob Greenwood UKC 3rd March, 2022
This has been read 5,196 times
Price: £135Brands: Scarpa
Share
We receive free products for review from brands, many of whom advertise on the site. We work on strict condition of editorial independence, and no guarantee of endorsement

Earlier this year we took a look at one of Scarpa's 'next generation' offerings, the Ribelle Run. Whilst that particular shoe was designed with with rocky, rough and technical terrain in mind, the Spin Infinity was created for the ultra runner, pounding out mile after mile, day after day. However, Scarpa being Scarpa, they have tried to produce something that's more versatile than just your average trail running shoe. The Spin Infinity handles rougher terrain remarkably well, as it does technical terrain too, and that makes it quite appealing for both training and racing.

The Spin Infinity is available in a number of permutations, with both a GTX (£155) and a non-waterproof (£135) version, each coming in either male or female (lower volume) fit. I've been using the non-lined men's shoe.

What the Ribelle Run is to technical terrain, the Spin Infinity is to distance. This is very much Scarpa's offering to the ultra running community, with a chunkier stack height and a dual-density midsole that's aimed at providing you support over multiple hours - even days - of running. Its Vibram Velox Cross sole is grippy, but doesn't feature a particularly deep tread, meaning that I've tended to favour using them in drier conditions on actual trails, rather than off piste (although Scarpa athlete Simon Roberts did use them on the Spine Race in January, which is remarkable given how much of an unrelenting muddy sloosh-fest that must have been). Weight-wise it comes in at 610g per pair in size 42, which - given its spec - is actually fairly light for a supportive and cushioned shoe of this kind.

In order to accommodate the stresses of ultra distance running, the Spin Infinity features a wide, high volume toe box that gives your feet plenty of room to spread out. However, unlike the Ribelle Run, this isn't an exceptionally wide shoe, and neither does it have prohibitively high volume, which can lead to a loss of performance on more technical terrain.

The lacing is simple, but effective and there's plenty of scope to tailor things depending on how they feel. They certainly, at least for me, offered out of the box comfort, and this comfort continued throughout many miles of use. The Spin Infinity feels like it's sized much closer to what I'd expect, whereas the Ribelle Run felt a lot, lot larger.

The Spin Infinity features a stack height of Heel 26mm / Toe22 mm, which is substantial - as you'd expect - but not as substantial as some (i.e. Hoka levels of substance). The benefit of reining things in a little is that whilst additional cushioning and support can be excellent, it comes at a cost. Keep adding more and you're building a higher platform on which to stand, which can lead to it feeling quite unstable - particularly on technical terrain.

The 4mm drop favours the forefoot to midfoot striker and at the end of the day, if it's a large drop shoe you're after - or if you prefer something with a more (or less) substantial stack height - then these might not be for you. As always, it's worth knowing a little bit about your running style and personal preferences and choosing a shoe that fits within those parameters.

Our Gear Editor Dan picked up minor niggly injuries while using these shoes for review, and had to hand over the baton. On the other hand he got on well with the slightly less stacked Spin Ultra, which just shows how specific this sort of thing can be:

On a personal level, as someone that tends to heel strike and favour a slightly higher drop, I'd have benefited from a little more drop too. But this isn't a slight on the shoe - it's just an acknowledgement of who it's best for.

Arguably the most important part of a shoe of this kind is within its midsole, because it's that which is going to be providing you with the support you need throughout the time you're running. The Spin Infinity features a dual density EVA, with a denser layer that provides the stability and a medium density layer that provides the cushioning. They feel firmer than some and certainly don't have that super soft HOKA-esque feel that some love, some hate. Personally, I like the firmness, because this means that they still feel responsive on more technical terrain despite the overall thickness. As such, throughout the right season (i.e. during drier weather) I could easily see myself wearing these up in the mountains. 'Trail' after all is a broad term. Dan, on the other hand, prefers more bounce and said these felt like strapping planks to his feet. As ever, it's personal preferene.

On the underside, the Spin Infinity features a tried and tested Vibram Veolox Cross sole. This has become something of an industry standard, and will be familiar to many, offering a good balance of grip and durability. On a shoe such as this, where you're expecting to spend many miles on track and trail, that slightly firmer compound ensures the sole won't wear too quickly; however, the fact that it achieves a balance by being adequately grippy is a major part of the reason it's become popular. The downside is its relatively shallow tread, which has meant I've tended to favour them for drier and more manicured trails throughout the winter months. If it's drier in summer, they're capable of being quite a versatile all-rounder, with an ability to take on quite technical and rough terrain, where other shoes of a similar spec might feel unstable in comparison.

The uppers feature a TPU thermo-welded film that helps provide the shoe with greater support and protection. My pair have had a lot of use over the last few months and despite looking really muddy, they're still holding up well. Between this structure there's a 3D mesh, and a lot of it too, and this is what gives the Spin Infinity its breathability. The mesh extends around the collar, which helps to move the moisture out of the shoe and away from your foot.

The Spin Infinity has an interesting set of credentials: it's got a fair sized stack height, but my no means the largest out there, and this  coupled with its fairly minimalist 4mm drop and firmer cushioning gives it quite an unusual feel. Unlike some ultra distance shoes, where cushioning is the foremost focus, the Spin Infinity feels like it favours a slightly more diverse approach, meaning that whilst it is capable of putting in the miles on harder packed trails, it can also handle more technical terrain, without fear that you're going to go over on your ankles. The feel won't be for everyone, but if it suits you then this shoe could be a strong contender.

SPIN INFINITY is a Trail Running shoe dedicated to long distance. Exceptional cushioning, stability and control features make it perfect for the Ultra Trail for those who require stability and comfort. 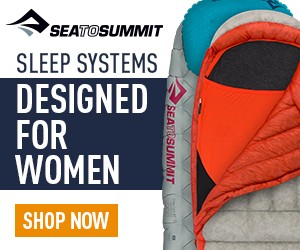 Incredibly well made, and capable of taking on a wide variety of terrain and a range of distances, these are superb all-round running shoes, says Rob Greenwood; but the generous fit won't suit everyone.

Though this trail shoe's ideal habitat is rough and rocky, it's got the grip to deal with wet and muddy ground too, says Rob Greenwood, making it a great all-rounder for more technical hill running in the UK. It'd also be a good choice for walkers in search of a lighter,...

This attractive guidebook provides an interesting and eclectic mix of routes that will appeal to both runners...

Running The Montane Dragon's Back Race 2021: So Near and Yet So Far

The Tea Round - Running the Fells from George Fisher

Across the Sound - Running the Jura Fell Race Route