An updated version of the Spin, Scarpa's Spin Ultra is both light(ish) and supportive underfoot - a good combination in a running shoe, in my book. With quite a stiff sole that copes well on more rugged ground, and plenty of cushioning for harder surfaces and/or longer distances, it's versatile enough to deal with a range of terrain and uses. The Spin Ultra has been my lockdown running shoe for a few weeks now, and though it's only seen action on my local pavements, woodland trails and farm tracks, I've no doubt it'll make a decent hill shoe too when we return to outdoors-as-usual, both for running and summer walking. Thanks to that supportive sole I can even see myself using them on easier scrambles or mountain crag approaches.

We reviewed its predecessor, the Spin, in a group test of trail running shoes back in 2017, and awarded it a 'Highly Recommended'. So far the Spin Ultra seems every bit as good.

My pair of size 47s weighs 710g (Scarpa say 560g per pair 42). I guess that makes these midweight shoes, being significantly lighter than something beefy like the La Sportiva Ultra Raptor (932g/pair size 47 last time I looked), but not down there with minimalist hill running lightweights. As I'm no lightweight myself I tend to prefer a more substantial trail shoe for all my running, but no one likes weight for its own sake, so shedding a few grams is bound to be welcome if it doesn't compromise performance. Though the Spin Ultra is lighter than a lot of shoes I've used, it still feels well cushioned and supportive underfoot thanks to its relatively beefy sole, so in that sense it hits a real sweet spot.

As with the old Spin, I'd describe the width as middle of the road. I have broad feet, and find there's plenty of width in the heel and midfoot. However my square-toed foot shape is not the best match for the the front end of the Spin Ultra, and the outer edge of my forefoot, particularly the little toe, pushes right up against the side of the shoe. I tend to find the toe a bit cramped on Scarpa footwear generally, particularly at the outer curve. Of course users with pointier feet are less likely to notice this. On a running shoe the uppers are generally soft enough for a bit of toe squashing not to be too much of an issue (try mountain boots, on the other hand...). I've found the Spin Ultra forgiving enough on the little toe not to cause discomfort on short local runs, but the jury is still out on big hill days.

There's quite a lot of depth at the toe end, which gives you plenty of wiggle room. In fact it's almost too much for me, so I've taken to filling some of the dead space with a second insole. Across the top of the foot, the sock-like fit of the tongue hugs in for a more closely-fitted feel. This seems to help reduce foot slippage inside, although I do still get a bit when contouring steeper slopes.

Though the heel is not the most aggressive or structured I've come across, there's a fair depth of padding here which I find works well to hold the heel in place with minimal lift.

With plenty of open mesh on show, the Spin Ultra feels pretty cool and breathable. It's been a beautifully dry and sunny spring so far in Scotland, and recently quite warm too, though I've yet to find out how they fare in proper summer heat.

Thermo-welded over the mesh, a plasticy 'film' provides a bit of structure and protection for the foot. So far this seems good and durable, though again some more rigorous post-lockdown use will be needed to really test it. The welding means there's minimal stitching in the upper, which is probably a good thing for longevity. For rougher ground, a TPU toe cap adds a decent amount of front end protection.

The soft, stretchy tongue is very comfy, and pretty breathable too, though not as airy as the mesh. For neatness you can tuck the spare lace tails into a cunning little pocket, which is a nice feature.

I guess this is a good time to mention the colour. While in Italy a number of colour schemes are on offer, a couple of which are a lot more restrained, UK customers only have this eye-searing 'acid lime/black'. I think it vile, but I've always been conservative when it comes to visible-from-orbit footwear.

For me it's the substantial sole that really makes the Spin Ultra. This is quite a bit stiffer than you'll find on most shoes this light, and feels more akin to the sole on weightier models such as La Sportiva's Ultra Raptor or the Boreal Saurus (to take just two examples I have to hand). It's quite rigid in terms of forefoot flex, and you get a lot of torsional rigidity too, which would come into its own on steeper, rockier ground. I tend to prefer a stiffer sole on all running shoes, provided it doesn't feel clumpy, and the overall lightness of the Spin Ultra certainly helps here.

For all-day comfort, and to soak up the impact on harder surfaces, there's a fair bit of cushioning underfoot, with a medium density EVA midsole and lower density inserts at the heel and forefoot. There's enough shock absorption for running on tarmac and pavements, but not enough to compromise the sensitivity on trickier off-road terrain. With a drop of 6mm, and an overall depth of 24mm at the heel and 18mm at the toe, the Spin Ultra feels pretty much spot on for an all rounder.

The Vibram Velox LB Max outsole suits the all-terrain brief too. According to Scarpa, its "Litebase technology has the advantage of reducing the thickness of the outsole for a balance of sensitivity and protection on rocky terrains" and at risk of repeating myself I have been pleasantly surprised at the lightness of this shoe for the general level of support and cushioning on offer, so there may well be something in this 'Litebase' thing.

Widely spaced to minimise the risk of clogging with mud, the 4mm lugs seem to have plenty of bite for trail runs, though I think it's fair to say that the sole overall seems tailored more towards dry rocky paths in the Dolomites than the UK's steep mud and wet grass, where something more aggressive is going to perform better. On dry rock - and for that matter, dry pavements - the Megagrip rubber feels really sticky. I'll have to report later on how hard wearing it proves to be once we're able to get back out on proper rocky hill terrain.

As an all-round running shoe that'll do you for a mix of pavements and trails, rough and smooth, the Spin Ultra is a bit of a winner. Offering generous levels of cushioning and support in a surprisingly lightweight package, it is specifically aimed at longer distances; but if - like me - you prefer a sturdier shoe in general, then you don't have to save it for the big days. During lockdown I've found it ideal on my regular short-medium circuits of streets, farm tracks and woodland trails, and look forward to showing it some real hills when this once again becomes an option. If only we could have it in some more subdued colours!

The perfect choice for moderate to ultra distance runs, the multi-award winning SCARPA Spin Ultra offers extra cushioning at an amazingly low weight, with great stability and ample upper protection to keep your feet feeling good in all types of terrain. 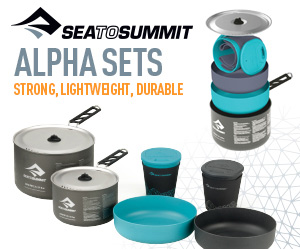 Lace up and find your pace. Unwind from the day in the adidas Terrex Agravic Flow Shoes. Pavement to trail and back, your feet stay cool and the transitions are seamless with a smooth roll-off and fresh energy in every stride. Foot-hugging support and...

Advice on gaining ownership of...

How many miles do you get out of... List more discussions...

I think they look great! What's wrong with a splash of colour on your feet! :)

Remind me not to stand next to you in the gents...

Obviously only if I'm getting dehydrated! Take on plenty of fluids and it should be nice and clear. ;-)

Striking a useful balance of size, features and capacity, the Trailblazer 3 is a handy little waist pack that seems well suited to shorter hill runs, or lower level trail running where you may not need to carry quite so much, says Dan Bailey. I...

While the Saurus is more than capable on the hills, this a trail shoe that you can also comfortably take onto more urban ground, says...