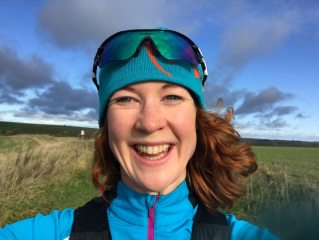 When you're working up a sweat out on the hills, how much should you drink, and when? The current heatwave seems the perfect time to examine the question of hydration. Claire Maxted asked an expert...

When I was a young hiker back in the naughties, the advice was to drink before thirst to avoid dangerous dehydration creeping up on you - but now the thinking has changed. So much so that in fact, it's now thought that forcing water down may in some instances lead to even scarier consequences - overhydration, leading to potentially fatal hyponatremia. But wait, before you start to panic, here's the latest, bombproof advice for your next hot hillwalk from our expert, Dr. Andrew Murray.

We all tend to think of hydration being about whether our leg muscles can power us over the mountains or not, but Dr. Andy says that "being properly hydrated is important for concentration and decision making as well as from a pure performance perspective." So that's things like not tripping up over rocky ground, and being able to map read correctly without making silly mistakes.

To avoid the devils of dehydration, during the naughties I remember being told that we should drink before we were thirsty, and reiterating that advice to Duke of Edinburgh students in my care later on. However, that thinking has changed due to a small number of people accidentally over hydrating themselves, leading to something much more dangerous than dehydration - hyponatremia.

"This condition is when the concentration of sodium in the blood is low," says Andy. "This can cause organs including the brain to swell which can be life threatening, although this is very rare. A small number have died of hyponatraemia, from drinking too much."

While tragically, people have died from drinking too much, Andy says, "Very few people have ever died of dehydration, although dehydration can be uncomfortable, and impair performance."

So rather than drinking before you are thirsty and risking over hydration, how can hill walkers tell if they are correctly hydrated?

"Drink to thirst throughout the day, and check the colour of your pee," says Andy. "It wants to be light yellow rather than anything darker." If it's darker than a pale straw colour, take a few more swigs of your water bottle. We followed this exact advice last September hiking the Grand Canyon and it worked brilliantly. We couldn't get accommodation at the bottom, so we had a 10 hour round trip hike ahead of us and I was worried about carrying enough water. As it turned out, there were plenty of streams to cool down in, and a drinking water tap at the top and bottom. Sipping slowly during the day seemed to serve us well, rather than waiting until we were really really thirsty and taking huge uncontrollable gulps then needing the loo five mins later.

"I'd advise to always have fluid available, and drink when you are thirsty," continues Andy.

"The amount you drink depends on heat, humidity, the walk or event you are doing, and individual factors like your own personal sweat rate. I'll usually carry some water, and know where water sources are likely to be on the hill. I'll usually pop in some electrolyte tablets (either the Science in Sport or HealthSpan Elite ones) as they hydrate better than water. I will drink from fast flowing water that is above the line of any farms, or farm animals that could have contaminated the water. If you have concerns about water quality, take some purification tablets or a filter also."

Before your walk, try to be completely hydrated, Dr. Andy advises:

"Slowly sip 500ml of fluid with an electrolyte tablet around one hour prior to starting your walk," he says.

Once on the route the best thing to drink is, "water with electrolytes and carbohydrates [found in energy drinks and powders]. The fluid and electrolytes keep you hydrated, the carbohydrate replaces the fuel you have burned when you are exercising," says Dr. Andy.

This advice is for long day hikes rather than a quick stroll. "If I'm just out for a couple hours," says Andy, "I'll just drink water and eat normal food - like sandwiches, malt loaf or similar. If it's an event or if I'm out for longer I'll usually use electrolytes and carbohydrates."

So what are electrolyte and energy drinks?

"Electrolytes are salts that keep the water in the blood stream once absorbed," says Andy. "Actually skimmed milk is great electolyte-wise and I usually drink this after a day on the hills to rehydrate most effectively. What are marketed as energy drinks (like Red Bull, Rockstar, Relentless and Monster) are often full of sugar and a one-way ticket to rotten teeth."

Pre-prepared sports nutrition energy drinks and powders like Science in Sport, High 5, Torq and Tribe can be hugely convenient and packable, but they are also an added expense. It is very easy to make your own. "For electrolytes some pineapple juice, and salt added to water is great," says Andy. "For energy, I'll eat a small amount of carbs often, like cereal bars, bananas, or energy gels."

The tricky thing about hydration is that it can change daily depending on the weather conditions.

"It's really important to consider the environment," says Andy, "as this makes a massive difference rather than just saying I'm going to drink X amount each hour. For example when I ran from John O'Groats to the Sahara desert, in Scotland I was drinking about 3-3.5 litres per day, while in the Sahara averaging 9-10.5 litres, based on drinking to thirst, and the colour of my pee."

And hydration doesn't stop when you're off the hill either. "Once you are down, it's important to eat something with protein and carbs in within an hour to repair muscles and replace fuel you have used" advises Andy. "A chicken sandwich or tuna and baked potato are great. I'll also have a pint of milk which has protein, carbs and electrolytes. You'll feel much better then next day."

This year we seem to be having a super hot summer, even in the far north! Here's what happened to two competitors on the Cape Wrath Ultra as they ran, hiked and staggered this wild, mountainous 250mile 8-day route from Fort William to the most north-westerly tip of Scotland this May.

"Hydration is so important, especially in the steaming hot conditions of northern Scotland that we all faced this year on the Cape Wrath Ultra. I left camp every day with 0.75L of water and 0.5L sports drink; this was enough to get me through most mornings. When the water was out I would simply refill from the nearest (clear) stream. Natural water direct from the stream is the best there is, cool, fresh and simply amazing. So under hydration should not be an issue if you manage carefully. Over hydration is always around the corner I would say, but I have thankfully never experienced this myself. I think keeping the head cool with a wet hat helps to keep thirst under control too."

"I peed about nine times in the eight days of running. This was of slight concern. The colour was concentrated but not black. The medics called me Mr P! I was hydrating like the rest on the Cape Wrath Ultra, with 4L a day on the hill, give or take depending on length of day, maybe 1L of electrolyte. And in camp, plenty of hot tea, coffee and water. One benefit was that I didn't need to get up to go to the toilet while camping which is always a bit of a pain. And if and when I went it was a celebration! I did sweat a lot as it was hot. I didn't have any other symptoms that I could attribute to dehydration, as my exhaustion and lack of focus was probably due to the distances covered. All things turned back to normal when I started drinking the beer on day 8, and I ended up going more than once that evening."

Dr. Andrew Murray is a Scottish International endurance runner, Merrell brand ambassador, and sports doctor at the University of Edinburgh. He should know a thing or two about hydration, having won ultra-marathons in the Sahara and Gobi deserts, done the first run across the Namib desert and (with Donnie Campbell) completed the first run up the 10 highest mountains in the UK within a day.

More from this series
Get Set for Winter Navigation in Poor Visibility: The Essentials Essential Winter Ice Axe Self Arrest Hypothermia - Essential Advice For Walkers & Mountaineers Food for Free: How to Identify Edible Berries on the Hills A Beginner's Guide to Grid References How to Walk With Poles - 16 Steps to Max Efficiency Winter Walkers' MOT - Get Set for the Cold Season Be Avalanche Aware This Winter Lightweight Backpacking for Beginners Planning Off-Path Routes Frostbite - What it is, and How to Avoid It Smartphones & Hills - Common Issues, and How to Fix Them Hydration for Hillwalkers Hyperthermia - Heat Illnesses and How to Manage Them Tips and Tricks for Navigating in the Dark Magnetic North is Moving East - Here's How to Correct For It Welsh (Cymraeg) for Hillwalkers 10 Ways to Get Better at Map Reading Wind in the Mountains
Forums: 1 comment
Share:
Facebook Twitter Email LinkedIn Pinterest