Personality: Ben Alder has something for everyone, and it just might be the perfect all-round mountain. It's the highest peak in a remote and rugged massif slap bang in the middle of the Scottish Highlands. In character it has a bit of the West and a bit of the East. If you're looking for a taste of the Cairngorms, you'll find a long walk-in, sculpted corries, and a vast sub-Arctic plateau that holds a huge amount of snow. If West Coast-style ridges are more your thing, you'll find two of the best here too.

What's in a name? It's thought that Ben Alder means 'hill of the rocky place' or 'hill of rock and water', although the name has become too corrupted for a precise translation. Older spellings include Beinn Aildir and ‌Beinn Eallair.

Best route: Ben Alder's remoteness can be either a blessing or a curse, depending on your point of view, but most people take in the summit as part of a two-day trip with a wild camp or bothy stay. The classic route is a circuit from Culra bothy (closed at the time of writing) incorporating the Long Leachas ridge (easy Grade 1 scrambling, or Grade I in winter), Ben Alder, and Beinn Bheoil(1019m). At 17km from Culra alone, and another 16km back to Dalwhinnie, this is a big route. Many opt for a mountain bike to ease the journey to and from Culra.

Want more scrambling? If you'd rather extend the scrambling interest than take in a second Munro, return to Culra via a descent of the Short Leachas ridge (Grade 1), which is the scrambly arête SE of the Long Leachas. Overall this makes for one of the top scrambling or winter mountaineering days out in the area, and there's a reasonable chance you'll have the mountain to yourself.

Most unfrequented route: Long approaches from Corrour or Rannoch stations are possible, putting the gentler southern approach to Ben Alder from Bealach Breabag within easy(ish) reach. If you'd rather avoid scrambling then this could be the route for you. There is a superb bothy, Ben Alder Cottage, next to a small bay on the western shore of Loch Ericht - though some say it's haunted. Or for something a little different, try coming in by canoe or kayak along Loch Ericht.

Hidden gem: This one's as hidden as they come – so hidden, in fact, that nobody can agree where it is. Like many a good Highland folk tale, this one has its roots in the Jacobite Uprising of 1745. Ewan MacPherson of Cluny, Chief of Clan MacPherson, is said to have hidden from government forces for up to nine years after the Jacobite defeat at Culloden, and his bolthole was a hideout known as Cluny's Cage on the slopes of Ben Alder (or possibly on the far bank of Loch Ericht, depending on which sources you believe). Despite a spot marked on Ordnance Survey maps as 'Prince Charlie's Cage', there is in fact no cave here – 'cave' is thought to be a corruption of 'cage', a hidden artificial structure made from tree trunks and branches. Its exact location remains unknown, but it does seem beyond dispute that Charles Edward Stuart spent some time here with MacPherson (wherever 'here' may have been) while escaping from enemy forces. (Interesting further reading on this legend here).

Summit landmarks: There is a heavily weathered trig point, basic summit shelter, and a sprawling cairn. The view is extensive, especially looking along the length of Loch Ericht, but also somewhat remote due to the extent of the plateau. Better views can be found from the top of the Leachas ridges.

Where to stay? In the immediate vicinity of Ben Alder, camping is the best option to the north following the closure of Culra bothy, although Ben Alder Cottage is excellent if approaching from the south. The bunkhouse in Dalwhinnie is no longer open; there are several B&Bs in the village, plus the Loch Ericht Hotel, which has affordable rooms. If approaching from Corrour, the Loch Ossian Youth Hostel makes a good base.

Local pub: Nothing locally in either direction, although there's always Dalwhinnie Distillery… 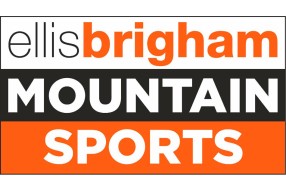 Kevin Woods is now one month in to his attempt to climb all 282 Munros in a single winter season. Over the last few weeks the...

For most walkers, focusing on reaching the final summit of a round of mountains, such as the Munros, is enough of a goal. Some...