Personality: Gracefully monolithic, but with hidden corners.  Skiddaw's outline from the south, its most familiar side, is instantly recognisable – a sweeping pile of curving lines drawing inwards, like arms reaching out to embrace the viewer. It's a mountain pleasing to the eye, at once cuddly and pointy.

What's in a name? The origin of the name 'Skiddaw' is up for debate. Medieval versions of the name include Skythou and Skydehow. Most sources now indicate an Old Norse origin, from skúti ('projecting cliff') and haugr ('hill' or 'burial mound').

Best route: The Jenkin Hill Path is the usual route from Keswick, flanking Latrigg before climbing towards Howgill Tongue, then around the northern side of Little Man to arrive on the summit of Skiddaw. It was originally a pony route for Victorian tourists, and it does have the advantage of being relatively straightforward, but this is not the best way to enjoy the mountain. A more adventurous ascent begins from Ravenstone on the eastern shore of Bassenthwaite Lake. There's a steep pull up to Ullock Pike before traversing the wonderful Longside Edge to Carl Side. This is a more challenging walk, but also much more interesting.

Route CardSkiddaw up the quiet side

Least frequented route: Due to Skiddaw's numerous gullies, gills and crevices, there are as many lines of ascent as you can imagine. Direct ascents of the southern flank tend to be extremely steep and loose in places, though. There are two established routes from the quieter and wilder northern side: a long, gentle walk from Skiddaw House Hostel via Sale How, and an ascent of the north ridge from Birkett Edge and Bakestall. Both walks begin from the Cumbria Way.

A forest without trees: Skiddaw Forest is marked prominently on the map, and you might be forgiven for asking where all the trees are. This area, known locally as 'Back o'Skidda', is a vast treeless moor used mainly for grouse shooting (and, like much of the Lake District, for grazing livestock). The only trees on the northern side of Skiddaw are to be found in the immediate vicinity of Skiddaw House, an isolated building once used as a shooting lodge; today it's a comfortable independent hostel, notable for only being accessible on foot or by bike.

Summit landmarks: The true summit of Skiddaw is the northernmost point along a broad, rocky, almost level ridge several hundred metres in length. In mist it's easy to confuse the South Top (925m, cairn) or Middle Top (928m, cairn) with the main summit (931m, trig pillar and shelter). Trust your navigation and don't follow everyone else turning around at the South Top thinking they've climbed Skiddaw!

View from here: Skiddaw's view is excellent and far reaching. Bassenthwaite Lake and Derwent Water both look inviting, and Skiddaw's relatively distant location from the Central, Western and Northwestern Fells lends the panorama a dramatic perspective. The views are arguably a little better from the South Top.

Wonderful wildlife: Dodd Wood, a small forest cloaking the 502m hill of  Dodd at the foot of Skiddaw, is a worthwhile spot for a wander. It's one of the best places to see red squirrels in the Lake District, and there are several viewpoints set up to allow visitors to view ospreys from April to September. These magnificent birds of prey returned to Bassenthwaite Lake in 2001.

Where to stay? If exploring the Back o'Skiddaw, the best option is Skiddaw House, the highest hostel in Britain at over 400m altitude (you'll need to walk in). There are many options in nearby Keswick, including YHA Keswick Hostel, a campsite, many B&Bs, and hotels.

Local pub: Two pubs beloved of walkers in the Keswick area are the Dog & Gun and the Wainwright Pub. 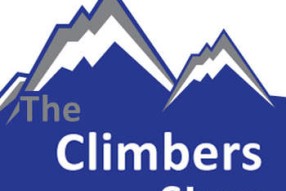