Personality: A fine upstanding individual, Schiehallion is recognisable from afar, a massive lump of a mountain rising isolated from its neighbours. Seen end-on it's a graceful cone, but this is deceptive; in reality Schiehallion forms a single long ridge, like the hull of an upturned boat. With no crags or corries to break its outline, the mountain's smooth symmetry is its most striking feature. Not every hill can be a Sgurr nan Gillean, but don't dismiss this gentle giant as dull. The attraction of its sheer mass (more on that later), and the wide views from its stand-alone summit, make this a very worthwhile peak.

What's in a name? It's an odd name with a poetic ring, and the most likely meaning is appropriately romantic - sith chaillean, Fairy Hill of the Caledonians. Alas the Caledonains, a fierce tribe recorded by the Romans, are no more, and the fairies have been hunted to extinction too - but their legacy lives on. Well, it's a nice story to distract children from the fact that they're walking up a ruddy great hill.

Busiest route: Since it lacks ridges, spurs, adjacent peaks or indeed anything much in the way of topography, your choice of ascent route on Schiehallion is severely limited. Could this in fact be the Munro with the fewest paths? The Braes of Foss path up the east ridge is the choice of an overwhelming majority of walkers. It's a well-maintained and family-friendly trail, so on a sunny weekend you can expect to be sharing it with scores if not hundreds of others. This is a popular first (and last) Munro, and it's estimated that more than 20,000 people climb it every year.

Best route: Sometimes it pays not to do the obvious. Since a loop is generally more satisfying than a linear there-and-back, stronger walkers should consider climbing the shorter, steeper west ridge before descending the standard path. It's a tougher day than the usual summit dash, but takes you to parts of the hill trodden by few.

Pub quiz trivia: Thanks to its isolation and symmetry Schiehallion was famously picked in 1774 for an experiment to gauge the mean density of the Earth by painstakingly measuring the mountain's gravitational pull on a pendulum. For their sums the tweed-coated boffins had to calculate the volume and density of their mountain; and so the contour line was born. And the experiment? It resulted in an estimate only about 20% less than the modern value, which seems pretty impressive for the time.

Who owns it? The 871-hectare East Schiehallion estate was bought by the John Muir Trust in 1999. The Trust now maintains the main footpath and works to improve the botanically rich habitats on the mountain. A big native woodland restoration project is currently underway on the mountain and adjacent land. In July 2017 the Heart of Scotland Forest Partnership was launched, a project to connect woodlands across 3000 hectares of land between Schiehallion and Loch Tummel, to the benefit of wildlife, visitors and the local community.

It has been announced that the John Muir Trust is taking on the running of a large part of Helvellyn. Following an extensive...

A recent survey on has highlighted the success of restoration work carried out by the John Muir Trust (JMT). These striking... 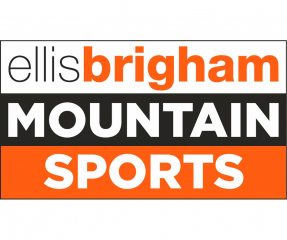