With less than ten days to go before seasonal camping resitictions come into effect along the east shore of Loch Lomond on 1 June, Loch Lomond and The Trossachs National Park Authority has issued a reminder about the new byelaws.

The measures, reported on UKH back in March, apply to the area running from Drymen to Rowardennan (approximately 9 miles) including part of the West Highland Way. This stretch of shoreline has been popular with weekend campers as well as walkers, and there have been longrunning problems with litter, fires and booze-fuelled anti-social behaviour. Under the new byelaws it will be an offence to camp anywhere in the restricted zone outside designated camping areas, with the maximum fine being £500. The byelaws have been introduced by the National Park Authority and were approved by the Scottish Government in March.

'Loch Lomond is a beautiful part of the National Park and one of the most famous places in Scotland to come and visit. It is important that we do everything we can to protect it whilst enhancing the visitor experience.'

'We will continue to welcome day visitors into the area to enjoy sights such as Ben Lomond, Conic Hill and Inchcailloch. There are also still opportunities to camp in the area at the official camp sites at Cashel and Milarrochy. There is also the new campsite at Sallochy being built by Forestry Commission Scotland for visitors to enjoy. The byelaws are giving the landscape a chance to recover and for the area to be managed for all who live [in] or visit the area.'

'Our Ranger teams will be out and about over the summer; giving advice about camping in the National Park and sharing all the things you can do and see here. They will also be out patrolling with the police to enforce the new camping byelaws as part of the Respect the Park initiative and Operation Ironworks. Every effort is being made to make sure Loch Lomond remains a family friendly destination and we ask everyone to help protect and respect this special area.'

'The new campsite at Sallochy will be open for business as of 1st June and we are looking forward to welcoming responsible campers who want to enjoy this unique conservation area. The byelaws will help ensure that the site is protected and can be enjoyed by the many visitors who come here every year.'

'The woodlands on the eastern shore of Loch Lomond are a beautiful place and are protected by law. The area has suffered from tree felling, uncontrolled fires, and litter over many years. We are looking forward to the byelaws and the new campsite helping nature to flourish so that visitors can enjoy this special place for years to come.'

The Loch Lomond camping restrictions are the first of their kind since the Land Reform (Scotland) Act 2003 made wild camping a statutory right. The byelaws will be operational from 1 March - 31 October in subsequent years, and are due to be reviewed after three years. But there have already been calls in some quarters to replicate the model elsewhere - as reported on UKH here.

In addition to the camping byelaws, Stirling Council have had alcohol byelaws approved which will take effect on 1 June. These will make it an offence to drink alcohol in the East Loch Lomond designated area, including the settlements of Buchanan Smithy, Balmaha and Rowardennan. Both sets of byelaws apply to the same geographic area. 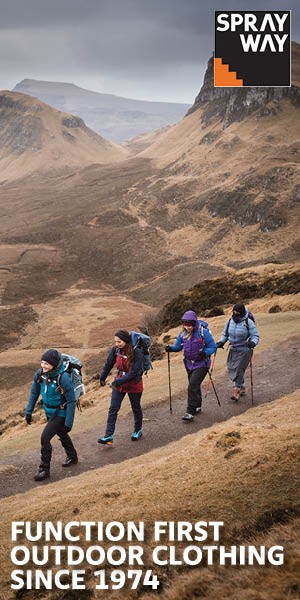 Across Wales - A Spontaneous Backpacking Adventure

Two Nights in the Rhinogydd