David Lintern has written the first complete guide to Britain's three classic 24-hour mountain challenges. "It's a book about people and place and the magic that happens when they meet on equal terms" he says. Here he shares a few photos that didn't make the final cut, a few that did, and some insights from those he met along the way - including Paddy Buckley and Charlie Ramsay themselves.

The Big Rounds – the Bob Graham Round, the Paddy Buckley Round and the Charlie Ramsay Round – are known to mountain runners as three of the most difficult 24-hour challenges in the world. Collectively, the 'Big 3' take in 113 mountain summits (including the highest peaks in England, Wales and Scotland), more than 25,000m (83,000 feet) of ascent and nearly 300km (183 miles) across three of Britain's most distinct mountain ranges – the Snowdonia National Park in Wales, the Lake District National Park in England, and a vast area of Lochaber in the highlands of Scotland.

It's no accident that each of 'the big three' includes the highest mountain in Scotland, Wales and England – the Rounds are big in height and well as distance. But it's more than just number crunching that makes these routes appealing. Scafell, Snowdon or the Ben may grab our interest initially, but for myself and many others these ambitious, circular rounds provide an unparalleled sense of journey. Each round is a grand tour on which we get far more than we bargain for. And like any adventure worth the title, it's not about the destination, but the journey - the unexpected, the silent corners, the places in-between.

The rounds also offer a window into the distinctness of some of our highland regions, our mountain vernacular: Welsh spoken on the bus to Llanberis; the climbing history of Wasdale; the shielings and bothies of Glen Nevis. Each Round allows deeper understanding of what makes our hill cultures different, as well as what binds them.

On my own journey researching and writing, I found out that what binds the Rounds is people. Each was nurtured into being by enthusiasts who shared information, kept each other company on recces and paced each other on attempts. In the story of each of these Rounds those friendships cut clean across both class and regional divides. The simple act of putting one foot in front of the other brings people together.

Regional running clubs and race meetings mean this ethos continues. Runners still help others to beat their own times, one challenge leading to the next. There may be changes and there are definitely controversies, but fell running still seems to have a simple joy at its heart that sustains it, beyond the noise. That joy and camaraderie is not just why the Rounds are so special – it's the reason they exist at all.

This was all borne out on the ground. On my own way round and round and round (in homage to Mick Hartley's amazing account of his Big Three back to back record), I met the founders of two of the routes and witnessed first-hand the setting of a new record time. Bob Graham is almost a household name but the book aims to give equal billing to Charlie, Paddy and Wendy (Dodds) too. All three Rounds are superb achievements and really beautiful lines, right on our doorstep. I also met many 'ordinary' runners and walkers on the routes, as well as locals who weren't doing either of those things, none of whom are ordinary at all, of course... and it was these chance encounters that brought the routes to life.

I arrived at these rounds, not as a hill runner, but as a means of challenging myself in wild places. Long distance routes are not the province of hill runners only, and the hills are agnostic; they belong to all of us and none of us, and they don't care if we walk, run or crawl. Passion and persistence are what counts, and they aren't exclusive qualities. That's probably just as well - I'm still a pretty poor runner and the book took six years to finish, so no prizes for speed on either front. A lot of people are very invested in the Big Rounds, for all the right reasons, so it was important that a first guidebook was done in a way that respects the ethics and the spirit that the routes are run in. Paradoxically, that meant slowly. I'd better hand over to the experts, then…

"I am old fashioned, but things change. People are so much fitter these days, they train more. Refinements; like doing the rounds solo, or doing them in winter, will continue. People will always rise to the challenge. I'm delighted when people write to me to say that the Round helped me to make new discoveries – marvelous country, they say."

"We started at 8.53 on Saturday, 29th May, 1982. There were 3 contenders on leg 1 to Aberglaslyn: Paddy, myself and the late Bob Roberts, a local Welsh speaker. We began at what we came to call 'Wendy's gate'. It's the point where you join the road before Capel. We did that so we did not have to run on the road at the end. We had no donkeys or navigators, and each of us was carrying our own kit."

"What's driving all this is YOU, and everyone and everything else slots in behind you. The key thing is preparation: If you want success, then you must prepare – no compromise. And part of your preparation is gathering a team of people around you that you know and that know you."

"Personally, I don't like it being part of a tick list, so just get up on the hills nearest to you, and think about whether it is really for you. With a race, you don't need to worry about the logistics until the final weeks beforehand, it's just on the training. Any one of the Big Three is the minimum of a full year's worth of preparation – driving up, reconnoitering in all weathers, and getting your pacers and supporters to do the same. It's a big commitment for everyone, and the rounds deserve that, actually."

"Whatever the conditions, running a round in winter is still a huge achievement - but people need to be transparent about those conditions. Sponsorship and the media are starting to have an impact on the way people describe what they are doing. That isn't my sport. My sport is paying £2.50 to run up a mountain and come back down again for my pie… and maybe a pint if I could get my age under the radar!"

"I don't think anything could have prepared me for the Three Rounds back to back, but (the Pennine Way) must have helped psychologically. It was more about seeking out that level of endeavour that I suppose I've always wanted to find. I wrote at the time that I wanted to be in no doubt where my limits lay."

"I am definitely competitive; I can't pretend I'm not… That said, I don't think it's all about winning – I think I recognise when I've given it everything, and can be proud of myself for that. If you ask why I compete, I think it's as much for the social side of it as the racing itself. Fell running is an incredibly friendly sport, and I'm proud to be a part of it."

The Big Rounds: Running and Walking the Bob Graham, Paddy Buckley and Charlie Ramsay Rounds is published by Cicerone and available here

This is a guide to Britain's three most challenging long-distance mountain rounds, and the people who love them. These routes are grand, circular tours of the Lake District, Snowdonia and Lochaber, and the book includes a full guide to each round for both walkers and runners, the history of each round, and advice from running and backpacking experts.

In 2012, Canadian human rights lawyer and ultra-runner Stephanie Case was working for the UN in Afghanistan and fundraising...

Finlay Wild has just completed the Paddy Buckley Round, solo and unsupported, in a time of 15h14m45s, convincingly breaking Kim...

Ross Jenkin has today become the first person to complete a continuous circuit of the UK's 'big four' hill rounds... 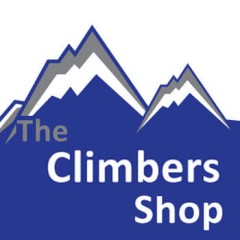 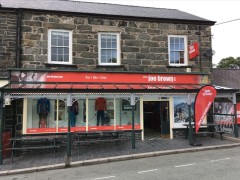 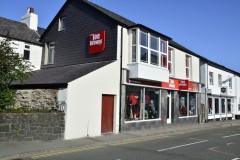 Over six days this June, members of the cross-party campaign for Proportional Representation, Make Votes Matter, walked from the Lake District to Preston, taking their lead from Suffragists of the last century. Chris Scaife joined them to explo...

Fastpacking - Without a Pack

Whether or not you're reconciled to the term 'fastpacking', there's an undeniable attraction to the ethos, which combines the light-footed pace of running with the freedom of overnight backpacking. But just how minimal can you go? Norman Hadley experiments with a...

When artist Jos Mahon set out with husband Bob and dog Barney on a 1300-mile journey, she carried paints and sketchbooks along with the usual backpacking gear. The idea was simple: Walk the length of Britain off-road, wild camping in...

Backpacking The Skye Trail - Walking to the end of the world

Passing beneath the Cuillin, and following the crest of the mighty Trotternish Ridge right out to the far-flung point...

Most people will be familiar with the West Highland Way, but did you know it's possible to continue in similar style for another 82...

Backpacking Walking the Tour of the Lake District

Backpacking Walking the Cumbria Way... With a Monkey on Your Back