UKC, UKH and Rockfax at Kendal 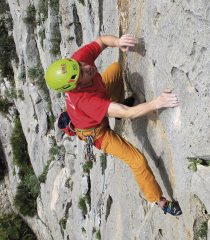 The Rockfax and UKClimbing team will be at the Kendal Mountain Festival for all four days from the opening on Thursday 19 through to Sunday 22. We have a stand in the new Basecamp Village where you will be able to meet the team, try out the Rockfax App and grab bargain guidebooks.

Those present on the UKC/UKH/Rockfax stand at various times will be:

Also making an appearance from behind their screens are the seldom-spotted-in-public UKC/Rockfax Technical Team - Rockfax App Developer, Stephen Horne and UKC and Rockfax Technical Developers Paul Phillips and Martin McKenna.

If you have any questions that you wish to ask the team then visit the stand and we will either arrange a meeting or pass your question on.

Watch the Film - In the Bubble

Another big event for us is the first UKC film to show at any festival is receiving its public premiere at Kendal. Directed by Nick Brown and featuring Andy Earl, one of Britain's best ever climbers, and the tragedy that struck him in 2010. 'In the Bubble' follows Andy's climbing career and takes an in depth look at the day that changed his life forever. It is showing as part of the Climbing 2 Programme.

For those after bargains we will have all the Rockfax books on sale at up to £5 off for most of them. We also have some free stuff including car stickers!

So join us in the Basecamp Village for a chat or a bargain throught the festival!

Outdoor performance apparel and equipment brand Mountain Hardwear is continuing to ensure a safe winter season for the Lake District Fell Top Assessors, by equipping the experienced team of three with its latest range...

Alpkit will be doubling its donation to the Alpkit Foundation for the duration of the Black Friday sales period. All week, 2% of every sale will go towards helping as many people as possible get outdoors, to 'go nice...

Along with their local support team, the core crew of Leo Houlding, Anna Taylor, Waldo Etherington, Wilson Cutbirth, Matt Pycroft and Dan Howard have completed almost 100km of "jungle bashing" in a little over a week and are now...

To coincide with the Kendal Mountain Festival (KMF) this weekend, online voting for the UK Outdoor Industry Awards 2020 is now open, which provides an opportunity for consumers to select their favourite new outdoor products....