We are pleased to announce the winners of the UKC/UKH Mountain Photography Awards 2012 presented by Berghaus. This is our second annual award - you can read about last year's winners here.

The awards are brought to you in conjunction with Berghaus who support the UKC TopPhotos app (iOS and Android versions) and the UKC/UKH New Photos this week page.

How the Awards Are Chosen

The UKC/UKH Photo Gallery is an ever-expanding repository of UKC/UKH reader's photo submissions. The photos appear in a user's personal gallery and are assigned to a particularly group such as trad climbing or winter climbing where other readers are able to vote on them. It is these groups that give the categories the Mountain Photography Awards. At the end of February 2013 we compiled a list of the top 5 photos from each category according to votes received. We waited until the end of February in order to give the photos from later in the year a fair chance to accumulate votes. These 5 photos in each category then formed the basis of our selection. UKC Photos Editor and Mountain and Climbing Photographer Mark Glaister then made the final choice of the winning photo in each category. He also chose the three top photos overall which were selected from all the different categories. You can read Mark's comments under each photo.

How do I Enter Next Year

Every photo voted on at UKC/UKH is eligible for the Mountain Photography Awards. Just make sure you upload some great images and you could find yourself a winner next year.

Berghaus have offered us some great prizes for this year's awards. The top three winners get 1st - £250 worth of Berghaus kit of their choice, 2nd - £200, 3rd - £150. The category winners each receive an Arete Rucksack (above).

1st - Heading for the Devil's Ridge

Wins £250 worth of Berghaus kit of his choice

An immaculate picture that reflects both the beauty and adventure of UK winter hillwalking and in a place and conditions that I suspect many UKC users would covet.

2nd - Sean Villanueva on a ground-up attempt of 'We're All Learning' E7 6c, on Binnian's Jabberwock Tor, Mountains of Mourne

Wins £200 worth of Berghaus kit of his choice

A classic trad action shot that not only captures what must have been a big effort on what looks like a very uphill line, but is also well composed and shot in less than ideal light conditions – typical of much of the UK weather in 2012!

Wins £150 worth of Berghaus kit of his choice

Photo by Paul B

Although the photographer admits to a good dose of filter usage, this is an exceptional bouldering image that places the boulderer and boulder problem firmly in the Peak District.

The selection below is the winner in each category but doesn't include the three overall winners above.

A modern version of a much-photographed bold trad line. New technology has done much to help this contemporary take on this old composition but nothing to help protect the route itself!

Winter Climbing - Solo climber at the top of Escalator

An inspirational image of a winter mountaineering day out on one of the Cairngorms classic crags. The subject of the shot James Gordon, sums it up 'it felt as good as it looked'.

The textbook composition and exposure coupled with the images overall beauty put this magnificent picture on top of what is a group packed with brilliant landscapes.

This image speaks for itself both in its top-notch composition and technicalities but also for the commitment of the photographer to get into the position to get the picture.

A good shot of a climber in the shade that still manages to capture the scale of the cliff and the background that is still well lit and visible. It also happens to be of one of the planets finest crags – which helps.

A good bouldering image that captures an obviously desperate move that is enhanced by a smattering of flying chalk and some blurring of the spotters hand.

A simple but effective shot that captures the essence of winter MTBing in the mountains of the UK – usually a careful balance to try and not carry your bike up the hill and then carry it down again!

The use of black and white and a narrow depth of field gives this inspirational fell running image a dramatic touch.

Fantastic colour and compostion plus a backdrop that takes a bit of beating – a winner. Like so many of the winter walking shots this is picture is of a classic ridge that is perhaps stretching the definition of winter walking a bit too far?

Scrambling - A brief glimpse of sunshine at the perfect time. Pinnacle Ridge

A fine picture that puts the people and the location of the activity firmly in the centre of a famous landscape.

It is hard to fault this shot although some might say the colours look unreal? He even managed to sneak in a pet.

Many thanks to Berghaus for their kind support of the brilliant photography on UKC and UKH.

Nicholas Livesey
18 Mar, 2013
)
nTerence
18 Mar, 2013
Surely the very unnatural colours in the photo submitted by Andy Merrick - Looking up the Ogwen Valley to Tryfan , rule this out for any consideration in a serious competition, this despite the fact that compositionally its very good .
Robert Durran
18 Mar, 2013
Yes, one or two of these just don't look natural. And the black and white one with one coloured piece of clothing is,in my opinion just a silly gimmick. The Trango one is a very average shot. Many brilliant and much better photos than most of these on UKC every week I'm afraid.
Sean Kelly
19 Mar, 2013
As someone once famously said , 'It's all in the eye of the beholder'. But at least here the winning photographs have been selected from the highest votes received in the stated catehary over the last 12 months. Personally I have no problems with the selection, and can appreciate the excellent qualities exhibited in each selected entry. Congrats to all the winners! Now, if only it stops raining and the clouds lift....
zlipid
19 Mar, 2013
That's a little bit harsh (particularly the Trango comment...) but I'd agree about the curse of photoshop - you do wonder what some of the original photos actually looked like. The "B&W plus a bit of colour" thing was a neat trick once upon a time but has been done to death now. Still, plenty of absolutely stunning pictures among the winnners, and I'd second the comment about the number of brilliant photos on UKC every week.
More Comments
Add Comment

UKClimbing and UKHillwalking are proud to announce the category finalists for the 2021 Marmot Photography Awards.

UKClimbing and UKHillwalking are proud to announce the category finalists for the 2020 Marmot Photography Awards.

UKClimbing and UKHillwalking are proud to announce the category finalists for the 2019 Marmot...

UKC and UKH are proud to announce the winners of the 2018 Marmot Photography Awards. An automatic selection of five photos...

UKClimbing and UKHillwalking are proud to announce the winners of the 2017 Marmot Photography Awards. An automatic... 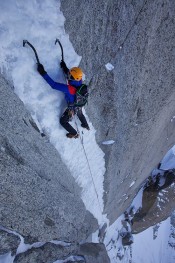