Temporary closures of Access Land in England and Wales are planned in an attempt to decrease the risk of wildfires as temperatures are predicted to reach record highs of up to 41°C in the coming days. The Met Office's Fire Severity Index (FSI) warns of Very High to Exceptional levels of fire risk across England and Wales this week, with severe hotspots leading to closures in areas including the Peak District National Park. Public footpaths are unaffected by the closures.

The FSI is an indicator of how severe a fire could become if one were to start. Wildfires are commonly caused by humans, including through the careless disposal of cigarettes or the use of barbecues in periods of high temperatures and dry conditions. They can also be sparked by agricultural machinery, self-heating ignition or all manner of causes.

On Twitter, information from authorities at the Peak District National Park reads:

'The risk of fire on the #PeakDistrict Moors has now reached a critical level, unseen for many years. As a result, public access has been suspended from all Access Land until this risk has reduced.'

'Rights of Way remain open for responsible users and are unaffected by any Access Land closures. With an expected change in conditions due on Wednesday, any removal of the closure will also be posted on our social media channels. Thanks.'

Access Land can be indicated by signs similar to those shown above, and temporary closure signs may also be in place. On OS 1:25,000 Explorer maps, Access Land is displayed in a yellow highlight, or in a light green for woodlands.

While wildfires in the UK are generally smaller in scale than those experienced in mainland Europe and further afield, their frequency and severity are increasing.

Last month, a wildfire spread around the popular crag Oliana in Catalunya, devastating the surrounding forest and damaging the rock (UKC News).

How to reduce the risk of wildfires, according to the BMC:

Find more information on wildfires in this BMC article.
How to stay cool in the heat, by the NHS.

Watch a BMC video about the dangers of using disposable barbecues on the moors: 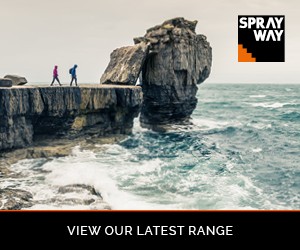