Over the weekend, Kim Collison broke the 23-year-old Lakes 24-hour record – where the aim is to reach the greatest number of 2000ft peaks within 24 hours. The Lake District based ultra-runner ticked off 78 peaks over a distance of 145km, with 11,750m of ascent in 23 hours and 45 minutes, beating Mark Hartell's 1997 record by 1 peak.

Collison left Braithwaite at 3am on Saturday, with cool weather and good under-foot conditions. The tough record had been unsuccessfully attempted seven times since 1997, including two attempts by fell running legend Steve Birkinshaw. To break the record, Collison would either have to run Hartell's route faster or add another peak – he did both, adding Fleetwith Pike.

Last year, the former British Trail Running Champion broke the record for a winter Bob Graham with a time of 15 hours and 47 minutes.

According to the Bob Graham 24 Hour Club, the first criteria for the challenge was set down by Dr A W Wakefield in 1904: 'Dr Wakefield said the aim was to ascend the greatest number of peaks over 2,000 feet and return to the starting point within 24 hours.'

Bob Graham's own round in 1932 held the top spot for 28 years, until a rush of records in the 60s and 70s from Alan Heaton, Ken Heaton, Eric Beard and Joss Naylor. Naylor broke his own record twice, increasing the number of peaks from 61 to 72 over a four year period. Nicky Spinks is the current women's record holder with 64 peaks in 23 hours and 15 minutes.

There must have been something in the Lakeland water over the past week, as Sabrina Verjee became the first woman to run the Wainwrights. She visited all 214 summits in 6 days, 17 hours and 51 minutes. 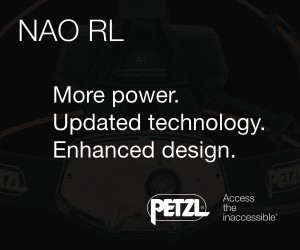 Aimed at the crossover between tarmac and trail, the Golden Gate ATR combines a deeply cushioned midsole with a minimal drop. Initially sceptical, Dan Bailey found himself won over by these shoes, at least for shorter local runs on less demandi...

This attractive guidebook provides an interesting and eclectic mix of routes that will appeal to both runners and walkers alike, says Rob Greenwood.

Perhaps best known in the UK for their compasses, Swedish brand Silva also make a variety of...

Interview In pursuit of purity: going solo on the Winter Bob Graham Round