Charlie Leeds (aka Mark Valentine, or the White Fox) received mental health support in the early 2000s after a traumatic incident while away supporting Leeds United FC in Turkey. He then discovered walking in the hills and is now a qualified International Mountain Leader and Rock Climbing Instructor.

A modern day hard man working as a bouncer on the streets of Leeds, his cover was blown when visitors to his bar found him reading "The Nature of Snowdonia" on the door. Charlie is an 'ejection technician' at a bar in Leeds, and this film by Rob Johnson and Mountain Training visits him in both his natural habitats, and learns a little about the inspiration he finds in the mountains, and how they have shaped his life since suffering from PTSD and depression.

"The mountains don't judge me... they don't discriminate; they're not like people. The mountains are just there. Solid and strong."

Charlie has gained six of Mountain Training's climbing and walking leadership qualifications since 2012, including becoming an International Mountain Leader and Rock Climbing Instructor. He has also recently been approved by Mountain Training as a Hill & Mountain Skills tutor. 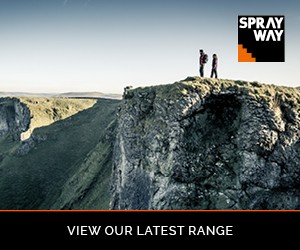 Sheila Hancock, veteran star of stage and screen, swapped treading the boards for the well-trodden path up Suilven (731m) in Sutherland, for a role in Simon Hunter's feature film Edie, due for UK cinema release on 25th May. The film follows She...

Fri Night Vid How Much Gas is Left? - A Backcountry Magic Trick

When you're camping or backpacking, it's sensible to keep tabs on how much gas is left in your canister. But how will you know, until you run out mid-brew? Most of us give it a shake and make a barely-educated guess. But there's a...

Fri Night Vid Two Days on a Munro and a Corbett

"The mountains are calling, and I must go..." After one false start Robin Wallace and his friend Kev are joined by...

This classic Welsh ridge may be easy in scrambling terms, but it pays to treat it with caution, as Robin Wallace and Anne...

Our video this week is a fresh and gently engaging film from wild camping and backpacking Youtuber Claire Beare, as...

Wild camping and scrambling - two of the best things you can do on the hills? In this short film Robin Wallace and friend...

Trailer: Life of a Mountain - Helvellyn