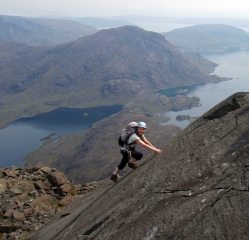 Vanessa Simmons25th February
This has been viewed 542 times
Share

Wirksworth is a great little town and this route gives you the chance to explore the local area. Highlights include the climbing history and views from Black Rocks while the disused quarries of the National Stone Centre are a sun trap on a cool day. Refreshments and toilets are available in Wirksworth, at the National Stone Centre and at Black Rocks (no indoor seating at Black Rocks). The town of Wirksworth is well worth exploring with its maze of miners' cottages, many accessible only on foot, and the parish church of St Mary's has some important stone carvings. There are also two heritage railways.

1
SK2870454577 The walk starts at the car park on Old Lane. Walk north up Old Lane for about 350m until you get to a gate in to a field. Here you continue to follow the lane as it passes between two large stones just to the right of the gate then goes under an old bridge. After the bridge go straight on and follow the gravel path up to the National Stone Centre building.
2
SK2866555232 Pass the NSC building (it has a good cafe with a sunny outlook) and take the public footpath to the right to access the High Peak Trail. Turn right on to the trail and follow it, past the Steeple Grange Light Railway, to the Black Rocks cafe and car park.
3
SK2918355761 At the far end of the Black Rocks car park, leave the trail by turning right up a gravel path leading to the scree spoil heaps next to Birch Tree Wall with its classic climbs. To the right of Birch Tree Wall you can access the top of the rocks and admire the views north towards High Tor and Matlock. Return to the path by the scree and follow it straight up on ancient cobbles, keeping left when it levels out by the orienteering post. It winds to the right through trees and climbs a bit more before levelling out again by another orienteering post just after a small gate. At this point go slightly to the left and descend across the hillside to pass a fenced off pond just before a gate and path junction.
4
SK2976155729 Go through the gate and take the middle path, climbing slightly. You pass the path to the Memorial Wall and then descend to a T junction where you turn right. After less than 150m you reach a gate on the left with an orienteering post on the right. You are now at the point where the photo was taken. Go through the gate and down the track. At the end of the track you go through a small gap in the dry stone wall on the left which takes you in to the wood. Follow the path in the wood, next to the dry stone wall on your right. The path exits the wood when it reaches the Midshires Way.
5
SK3059855974 Turn right on to the Midshires Way, which immediately bends left, and follow it for 700m until you reach a corrugated iron barn where you turn right on to a public footpath going up the edge of a field. After passing through a couple of fields you reach a path junction by a holly tree.
6
SK3099355246 At the path junction by the holly tree, turn right on to a public bridleway (visible as a track across the middle of the field) which goes up towards Wigwellnook Farm. In the fourth field continue straight up between gorse bushes until you join a track which takes you up past the farm with its ponds and tennis court to the road just outside Bolehill. Turn right on to the road and walk downhill on the pavement until a public footpath goes steeply down to the left.
7
SK2933055095 The public footpath leaves the road and descends steeply on steps and tarmac between the small cottages of Bolehill. When you get to the red phone box continue straight on down, past the Bolehill Institute, (less steep now) until you reach George Mine Barn. Follow the gravel path left slightly across fields to a gate giving access to the bridge over the Ecclesbourne Valley Railway.
8
SK2896154405 Go through the gate, cross the bridge and follow Cemetery Lane up to the B5036. Here you can take a short cut back to the car park by turning right and following the B5036 northwards to Old Lane.
9
SK2877454289 If you'd like to explore the town a little, turn left on to North End and then after 50m (opposite the Baptist Cemetery) turn right up Chapel Lane, a narrow lane which passes the historic Moot Hall where lead mining disputes were resolved. After about 150m there is a car park on the right with public toilets (all credit to the town council for keeping them open).
10
SK2871654035 When you reach Coldwell St (either through the car park or continuing on Chapel Lane), turn right to reach the B5036 again. If you want to explore the town, and perhaps its coffee shops, then turn left on to the B5036 and you will find yourself in the Market Place. Continue down the hill from the Market Place to see the new Heritage Centre on the left and the parish church is accessed down various alleyways also on the left. Alternatively, to return to the car park, cross over the B5036 and take the narrow road past Ken's Mini Market (aka Top Ken's). Keep right on a steep narrow road called Greenhill. About 150m from Top Ken's take the public footpath on the right just after a house called The Croft.
11
SK2858554175 The public footpath parallels the drive of The Croft. Take the left turn which passes the community orchard then turn right (downhill) to go through Stoney Wood, a reclaimed quarry. Go straight through Stoney Wood to find the exit at the far end on the right. Turn left on to the road and take the next path right (not signposted). After less than 100m, as the path starts to bend to the left, go over the footbridge on the right which takes you in to the car park and the end of the walk.
Share:

This has been viewed 542 times

no votes yet. Login to vote

Seasonal variations:
Can be muddy in places. Cromford Moor is a great place for spotting fungi in Autumn.

Public transport:
There are buses to Wirksworth and trains to nearby Cromford. The Ecclesbourne Valley heritage railway runs from Duffield to Wirksworth.