Leashless climbing, surely that's a bit risky, what if you drop an axe two pitches up? I'd always been a bit dubious about the idea of leashless climbing, thinking it was something that Will Gadd did whilst figure-of-fouring his way through overhanging limestone caves which looked more suitable for the sport climber. I'd used clipper leashes for years and they made placing protection quick and efficient but no leashes at all was another world of risk to me. So, when I was offered the opportunity to test Petzl's Nomic ice tools I was more than a little dubious. What if I hated them?

Their first outing was to be on the icefalls of La Grave. I packed the Nomics but I have to ashamedly admit that I also packed my regular tools as well! However, one route with the Nomics and my other axes never saw the light of day, they were simply a revelation!

Leashless climbing is actually nothing new. Bob Culp climbed the icefall that forms next to Rigid Designator in Vail without leashes back in 1970 and there were many others, but it wasn't until the late nineties that it truly came to prominence. So what are the benefits? Well firstly it makes placing gear a doddle as there is no faff trying to escape your leash. You simply place a tool in the ice or rock whilst hanging off the securely placed second tool, let go and place your pro. Simple. Then when actually climbing you are able to swap and match hands on an axe therefore eliminating tricky moves and enabling steep ground to be tackled with ease and fluidity. You can also walk your hands up the shaft of your axe (particularly easy on the Nomics as they have grip tape) meaning you can gain extra height without having to find a higher placement and believe it or not, leashless climbing is actually less pumpy.

Leashless climbing opens up a whole world of technical opportunity

How did they perform?

I've used the Nomics on French icefalls, Ben Nevis faces and Cairngorm mixed routes. Without making this sound like a Petzl advertorial, I'd have to say that I simply love them! I was skeptical but I've been proved wrong. In terms of technical climbing they are just about perfect in every way. I've already talked about the benefits of leashless climbing in general and the Nomics allow all of these benefits to be enjoyed to the full.

When climbing steep waterfall ice the tools swung perfectly and made for easy penetrations and solid placements into the ice. The head includes (removable) pick weights which I found to work really well. It is possible to take these off however, for those who find the tools too heavy or if you want to save weight when dry-tooling. The curved shaft allows for easy clearance of bulges and other difficult features and the adjustable ergonomic grip was the most comfortable I have used. In fact it is a world a head of some of the retro-fit options that are now available on standard leashed tools. Further to this it really does make the climbing less pumpy. It's like climbing on monster jugs. I found the middle position was perfect for me (I have average sized hands for a bloke and generally wear quite thin gloves) but the grip can easily be adjusted to suit the individual, depending on hand size or glove thickness. I think that one of the reasons why the Nomics make the climbing feel less pumpy is down to this handle. You don't have your wrist kinked into some unnatural, blood-flow constricting position like you do when wearing a leash. You can keep your hands fairly relaxed (unless you're gripped!) and still feel like you have got a secure grip.

Climbing rock with the Nomics also felt easier. The pick grips well whilst hooking, and torquing in cracks felt more secure than I would have imagined for a tool with such a radically curved shaft. The convenience of leashless climbing meant that I also had to do less moves than before.

The NOMIC leashless ice tool allows climbers to ascend ice with the fluidity and freedom of rock climbing. The removable pick weights help to literally propel the pick in the ice. The ergonomic, adjustable grip can be held in multiple ways, opening up new possibilities, without the dreaded pick shift when switching positions. The included ASTRO pick was intricately designed for dry-tooling and hooking on a variety of formations, while still allowing for easy cleaning.

Obviously axes such as these do have their drawbacks. First of all there is no hammer or adze so knocking a peg in is going to be downright difficult at the very least and bashing ice and neve away using only the pick, is time consuming and problematic. Furthermore the shaft is radically curved and there is no spike which makes plunging it into the snow and other general mountaineering applications laughable. One final thing for me was that I did have to adjust my swing a little on easy ground as I found that to begin with the handle was striking the ice before the pick. This wasn't a problem once I was aware of it (consequently adjusting my swing) and I never noticed it at all on ground that was anywhere near steep.

I've used the Nomics whilst climbing icy face routes on Ben Nevis and climbing-wise they were once again, excellent. The only problems I had were when desperately trying to hack away at the ice and snow to uncover some belay opportunities. Okay, well I did think about what would happen if I dropped one halfway up the Orion Face. I'd basically be up sh** creek. But there is a way round this which allows you to enjoy the benefits of going "sans dragonnes" without the disaster of dropping an axe on longer routes or Alpine stuff. That solution is to use tethers of some kind. Either home-made or buy something like the Spring system from Grivel (Petzl/Charlet don't make one at present.) The basic concept is that each tool has a length of cord or bungee attached the base of the shaft (ideally with a mini karabiner) which in turn is attached to the climber, either their harness or rucsac straps. It frees the hands up but gives some safety margin in terms of droppage. There are of course problems with this system too. Such as what if hands part company with the axes but the axes remain attached (securely) to the ice? That outcome again, depends on many factors.

Despite the drawbacks I actually found that you do manage in most situations and the negatives are more than outweighed by the positives. These tools are simply superb to climb with! Ueli Steck even used them on his recent Alpine speed solos (with tethers),

although a slip on 60 degree snow and you'd be struggling to initiate an ice axe arrest!

All in all I love the Nomics and am now a leashless convert. They are great for technical ice and mixed climbing whether it be Ben Nevis and the Cairngorms or Canada's Stanley Headwall. For me they definitely make climbing easier and despite my initial skepticism I never once felt in any danger of dropping a tool. Obviously in some situations it would be nice to have a hammer and adze and they are definitely not the best choice for all-round mountaineering. Try the Quark or Aztar instead. But definitely still go leashless! 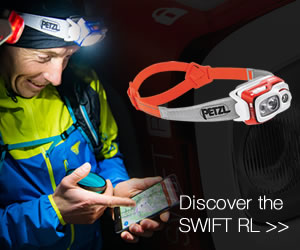 The Attila Tec mountaineering axe features a fold-out grip rest and a plastic head grip. But how well do these additions stand up to the rigours of winter mountain use? Tom Ripley soon finds out.

Now that the weather is turning colder it's time to start thinking about venturing into the mountains for some winter activities. Edelrid have a large range of products specifically developed for this purpose.

Climbing Technology's range of winter specific equipment gets better each year. For winter 2018 / 2019 they have a consolidated line of some of the most innovative and best value for money products on the market. All products are made to a very high...

For winter 2018/19 the tried and tested range of DMM ice axes has been updated with new colourways and laser markings. DMM tools are engineered for strength and reliability so they won't let you down when it really counts. The range consists of five tools.

Safest Way to use an ice axe List more discussions...