Billed as one of the world's lightest breathable waterproof jackets, Alpkit's new Gravitas achieves impressive weight savings without completely sacrificing everything in terms of features. Unlike some of the other minimalist shells on the market you still get a full zip, a pocket of useful size and a decent wired hood that's genuinely up to British mountain weather - at least in summer.

I've been using it for the last couple of months, and while the Gravitas has spent a fair bit of that time screwed up in the bottom of my pack - a role for which its lightness makes it well suited - it has unfortunately seen plenty of wet weather too.

Since this is its major selling point, let's start with its weight. At 176g for a size L (on my kitchen scales) it may not win the world's lightest contest (Montane's Minimus is under 150g for instance, and the Berghaus Vapour Light Hypersmock weighs less than 100g) but when it comes to a few tens of grams either way then we're arguably splitting hairs. Crucially, I think, the Gravitas is both light and functional.

In its own stuff sack it packs down to about the size of a grapefruit, and can easily be squeezed smaller still. Being light and compact makes it ideal for minimalist backpackers, and it's a shell you could happily hang off your harness when climbing too, or slip into a small bumbag for running.

In this short-term test of just a few weeks I've got nothing bad to say about the build quality. However, its lightweight (7-denier, 47g per square metre) nylon fabric will inevitably wear out faster than you might expect of a heavier shell. This is not a jacket you'll want to be regularly mountaineering or scrambling in; it's practically see-through even before you make holes in it.

Packing down tiny and weighing next to nothing, it's a good shell to carry on the offchance of poor conditions; but if the day does then throw some rain your way, the Gravitas still does its job well enough. Waterproofness is excellent, with rain beading readily on the surface and no visible wetting out even after a prolonged wind-borne downpour. At the heart of this 3-layer waterproof fabric is a mega-thin Polyurethane membrane, which offers excellent levels of breathability. In the lab this gives a MVTR (moisture vapour transmission rate) of 40,000 g/sqm/24hrs, which sounds pretty good on paper. In the real world I've walked hard all day in warm muggy weather in the Gravitas, without feeling unduly clammy; that's about the toughest test that I know of for a breathable fabric, and as far as I'm concerned Alpkit have passed it comfortably. I can't vouch for the longevity of the fabric's performance as yet.

Though officially 100% windproof this superlight fabric is so thin that it flaps and billows readily in the breeze. The effect of this is to keep air circulating inside the jacket. This may actually be desirable on a warm day, but bear in mind that it means any insulation worn beneath gets compressed, thus making you feel colder and less weather-protected than you might in a heavier, more robust shell. Though that's a reasonable tradeoff given the lightness of the Gravitas, I would not be choosing this jacket over something heavier if the forecast was cold and stormy.

Partly, I suspect, to help save weight, the Gravitas is fairly short in the body. With a hem that sits just below the waist it does not offer the maximum coverage you'd want in a mountain storm. There's room in the body for a couple of reasonably thin layers underneath. That's fine in warmer weather, but if you add something like a full weight fleece then the fit begins to feel restricted. As we've already established that this is a fairy minimalist jacket it would be unfair to criticise it for not being a full weight mountain shell. It's horses for courses after all. But just to re-iterate, this is not a shell for Scottish winter hoolies.

The jacket is cut quite tapered in the sleeves, which makes rolling them up difficult over a typical climber's forearm. The fit is close in the armpits too, and as a result movement is a little too restricted for climbing, and the waist rides up every time you lift an arm. Climbing is simply beyond the remit of the Gravitas, for which even scrambling is a bit of a stretch. As I've already suggested, it's unlikely to come out well from a battle with granite or gritstone.

With enough room inside for a hat (not a helmet) and easy volume adjustment via a single rear toggle, the hood is simple and effective. Elasticated side pieces help give a good close fit, while a small wired brim proves pretty effective in high wind. By the standards of ultralight shells the hood on the Gravitas is really pretty decent.

The name of the game here is simplicity - yet only within reason, and without making unnecessary sacrifices on the ultralight altar.

Alpkit might have shaved off a few grams by including only a half-length zip, for instance, but instead you get a full-length one, which makes it easier to put the jacket on and keep it well vented. It's a very light gauge YKK water resistant zip, backed with a little flap to provide a bit of added protection from wind-driven rain.

One single pocket is arguably sufficient on a jacket of this nature. Rather than a token offering however, Alpkit have made sure it's about as big as you could reasonably expect, with easily enough room for a hat or a pair of thin gloves. This doesn't have a water resistant zip, but it is cleverly concealed in the fabric of the shell to help keep the wet out.

Shaped to give a bit of extra protection to the back of the hand, the sleeve cuffs are very simple - only part-elasticated, and with no adjustment tab. I guess this is fine so long as you don't have particularly short arms, when you might struggle to hold the sleeves up out of the way; it works for me.

Super-light and very breathable, the Gravitas manages to balance minimalism with functionality, making for a waterproof shell that's both highly packable and reasonably effective when used in anger. It's too thin, flimsy and close-fitting for climbing or winter use, but an excellent summer waterproof for any activity in which every gram counts. Take it for a weekend of stripped-down backpacking, or stick it in your cragging sack just in case of a shower; either way the weight is negligible. And at £120 it is not going to break the bank either. Good stuff Alpkit.

Gravitas is one of the world's lightest breathable and fully waterproof jackets. A 3 layer jacket with simple but effective features to maximise protection and minimise fuss. Packing down into its own stuff sack and weighing less than your lunch, it's ideal for chucking in your bag 'just in case' - safe in the knowledge if the weather breaks, Gravitas has got you covered.

Gravitas uses state of the art ultra fine 7 denier nylon yarns in the face and back, and a super thin PU membrane, to give the lightest 3 layer waterproof fabric we could find. 3L fabrics are more comfortable next to the skin, and more durably waterproof than 2 or 2.5L fabrics. 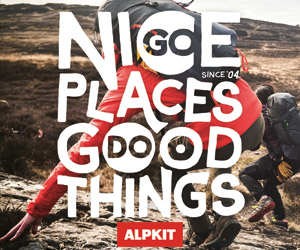 Rab's latest waterproofs in Gore-Tex Paclite Plus, the Zenith jacket and trousers, are light and packable enough for weight-conscious users, but without compromising too far on essential mountain features like an active cut and decent pockets.

In a campaign that challenges us to "Defy the past: Wear the future" The North Face's FUTURELIGHT has been heralded as a revolutionary new waterproof/breathable technology. Very much in the present, Rebecca Ting tests the Summit...

What's the ideal shell for Scottish winter climbing and gnarly hill walks? A beefy and protective one! Here we review tough technical jackets from 12 leading manufacturers.

tony
12 Aug, 2016
Couple of questions: - can the hood be folded away when not in use - is it sufficiently breathable for use as a running waterproof?
Dan Bailey - UKHillwalking.com
12 Aug, 2016
No. And I should think so - it certainly feels very breathable
tony
12 Aug, 2016
Thanks Dan. Lack of a stowable hood is a bit offputting in a running top.
MonkeyPuzzle
12 Aug, 2016
Shame about the lack of length in the body - I'm looking for something lightweight to stick over my Buffalo Active Lite for when things are really minging.
Add Comment
Facebook Twitter Email LinkedIn Pinterest