Share
Reviewed by alicia 26th July, 2009
This has been read 15,419 times
Price: £2.30 - £4.25Brands: Rosker
Share
We receive free products for review from brands, many of whom advertise on the site. We work on strict condition of editorial independence, and no guarantee of endorsement
In this first UKClimbing.com user review of Travellunch, the freeze-dried meals distributed by Rosker, Alicia samples the delights of Pasta in a Creamy Sauce with Herbs, Scrambled Eggs and Mousse au Chocolate. We have several other user reviews of Travellunch coming up in the next month. I was given the ultimate sample for review: food! Travellunch, via Rosker (its UK distributor) and UKClimbing.com sent me three packets of food to eat and comment on. As tough a task as this was, I managed it...

All of the food came in a foil pouch (see photo) and was freeze dried, so they were all very light. The pouch itself seemed to be much heavier than the actual food, so if weight was a very significant issue then there would be potential to remove the food from the pouch before taking it on a trip; you could maybe take one empty pouch to use as a cooking vessel and carry the rest of the food in lightweight plastic bags.

The first meal I tried was pasta in a creamy herb sauce. It was made by adding 400ml of boiling water, rolling over the top of the pouch and leaving to sit for 5 to 10 minutes. I did notice that it would be nice if the inside of the pouch had a 'fill line' or similar as I'm not very good at estimating amounts. Nevertheless, it seemed to be about the right amount of water as after 7 minutes, I had a pouch full of cooked pasta in a creamy sauce. The pasta was good; it was salty but I would consider this a plus if I had been out climbing/walking/running etc all day. There were no problems with the pouch leaking or dripping and the foil looked hardy enough to survive being stuck in a rucksack with pointy climbing gear. My biggest concern was that the total calorie count for the entire pouch was only about 500 - possibly not enough after a long day out.

The second product was the chocolate mousse. This was even easier to make as you only had to add cold, rather than boiling, water. It was absolutely excellent as well!

Third were the scrambled eggs with herbs and tomato. I had had a very bad experience with powdered eggs in the past, so I was a bit dubious at the outset with this, but somewhat surprisingly they were actually very good. They were quite filling as well, so even though it didn't look like a lot of food, it was plenty. The downside was that they did require frying; you couldn't just pour in boiling water and let them sit. Like the pasta, the eggs were salty, but again in most outdoor situations I'd see this as a good thing.

So the overall impression - a worthwhile product. All three meals were nice enough to serve as a treat at the end of a long day and would be good for saving weight in the rucksack. They're excellent for time-saving as well, with a bare minimum of preparation and no washing up afterwards (except in the case of the eggs). Give them a go!

UK Availability and details of the full range at : www.rosker.com

Travellunch is made in Augsburg, southern Germany. It is good food that is freeze-dried to retain more flavour and nutritional values than simple dehydrated food.

Each menu has been produced to meet the energy and more complex nutritional requirements of outdoor enthusiasts.There is a wide choice of breakfasts, main meals, soup and desserts with numerous options for vegetarians.

Apart from 4 of the menus, the meals are prepared simply and quickly by adding hot water (or cold water for desserts and muesli breakfasts) to the foil pouch which expands as the meal prepares itself ready for eating. The pouch becomes free standing and the foil retains much of the heat. These meals can be eaten straight from the pouch. 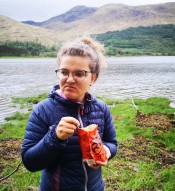 Dehydrated, Rated - We Test 7 Meals (so you don't have to)

"Like a bad cold, the whole thing left me angrily dribbling snot, wondering why I couldn't taste anything else at all". Fliss Freeborn trials dehydrated chillis from seven brands... with varying results. Which resembled dog sick,...

CamelBak® is excited to announce the launch of the new Forge® Flow. Forge Flow is a travel mug and an everyday drinkware designed for convenient one-handed use. The vessel features an easy-sip function and includes a 100% leak-proof,...

Can Beetroot improve the body's ability to cope with altitude?

The challenge of climbing the world's highest mountains appeals to thousands of adventurers across the globe, but high altitude sickness (AMS) can hinder even the most experienced climber. Now research from the Mid Sweden University...

Their world-class beans are lovingly hand-roasted in London with each bag ground to suit your brew method at the very last minute to ensure maximum freshness.

lithos
27 Jul, 2009
Hi what are the weights of the packs (including packaging ?) useful info if talking about lightweight kit!
Michael Ryan
27 Jul, 2009
Full product list here with weights: http://www.rosker.com/cgi-bin/range/range.pl?Travel%20Lunch I think they are usually around 125g
lithos
27 Jul, 2009
thanks Mick but its a review and i'd like to know what they weigh on the reviewers scales - bit late now for this one :-)
Michael Ryan
27 Jul, 2009
We have several Travellunch reviews coming up. So no not too late at all. I have some, want me to weigh them?
lithos
27 Jul, 2009
if they are the ones listed yep - occasionally try these odd things out, and realise there are more reviews coming up (a full menu of choices!) Cheers
More Comments
Add Comment
Loading Notifications...
Facebook Twitter Copy Email