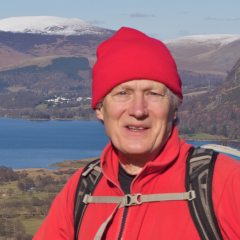 It's a mess of a book, says Ronald Turnbull, but this posthumous collection from one of climbing's most sardonic wits remains a classic, infused with a healthy sense of the ridiculous.

Climbing's heroic age? Climbing has had a whole lot of heroic ages. Leaving aside those who maintain that everything after Whymper's Matterhorn ascent of 1865 has just been a bit of tidying up, Tom Patey belonged to the heroic age of the 1950s and 1960s. The time when men (and one or two boundary-pushing women) still wore nails on their boots, the noble art of step-cutting in steep ice was still alive and – as it were – kicking. The age of Bonington (who of course is still alive and, if not kicking, still wearing crampons), Joe Brown, Dougal Haston, Don Whillans and Hamish MacInnes.

Patey is less known than the others because of his early death. But Patey was perhaps the best of them all on his favoured terrain, mixed ground of rock and ice. And of them all, he was the one who could really write.

The book is informed by a lively awareness of one thing: Climbing is a completely ridiculous thing to do

Tom Patey was a GP, and took on the practice at Ullapool for the sake of the climbing. As a GP he was, I gather, a good one, and peculiarly sympathetic to the broken legs and heads of visiting climbers. Well, their injuries would prevent them interfering with Patey's romp across the entire northwest Highlands, discovering not just new routes but entire new crags. He took Bonington up the Cioch Nose route in Applecross, the most astonishing V Diff climb in Scotland [now Severe, Ed.], as well as being the only Patey route easy enough for me to have climbed...

One Patey speciality was sea-stacks. He suggested, then masterminded, the group first ascent of the Old Man of Hoy that made such an impression on the TV ratings in 1966 – 15 million viewers, for Patey, Bonington and Joe Brown moving rather slowly up loose, vertical sandstone.

And it was a sea-stack that killed him, abseiling off after the first ascent of The Maiden on the north coast of Sutherland. Abseiling in 1970 used a simple technique of a twisted rope-sling. It's my own theory that Patey's woolly jumper – a particularly disreputable one that he always wore – may have snagged in the gate of the abseil karabiner.

His contemporaries were Joe Brown, Dougal Haston, Don Whillans and Hamish MacInnes... but Patey was the one who could really write

Patey was known among climbers for his sardonic wit, and his ribald and often obscene drinking songs. 'One Man's Mountains' was compiled after his death, and it's a mess, put together from the Scottish Mountaineering Club Journal and the more printable of the songs.

It starts unpromisingly: "Prior to 1951 all the principal gullies and buttresses in Lochnagar's NE corrie had been climbed, several in the preceding few years." It's a few sentences in that you notice this is a particularly engaging, and mildly self-mocking, account of the first ascent of Parallel Gully B. The good lines in this book – just like the ones on Lochnagar – do have to be hunted out a bit among the vegetation and scree.

And the result is classic (just as Cioch Nose Direct is classic among rock climbs). The first winter traverse of the Cuillin Ridge. The four-man ascent of the Mustagh Tower, no 8000-er but considerably more difficult than Everest. The Hoy spectacular. But perhaps the finest chapter, 'a short walk with Whillans', describes an attempt on the north face of the Eiger. An unsuccessful attempt. Jim Perrin's 'the Villain' is a fine biography of Whillans. But Patey does it in a single throwaway line. "He's a cheery character, I told myself. To Don, a spade is just a spade – a simple trenching tool used by gravediggers."

You won't find here any sensitive analysis of the mental health issues aroused or assuaged by climbing up hills. For that you have to come forward to the present day – or, or course, back to Wordsworth. Patey offers vigorous description, of men (no women in this book) as much as of mountains, informed by a lively awareness of one thing. Climbing up icefields and rocks is a completely ridiculous thing to do.

Return to Latest Articles or view other
UKC Advertising

It's an enjoyable read. I picked up a used copy via Amazon for the grand sum of 1p (plus a couple of quid postage but still well worth it.).

"The Art of Climbing Down Gracefully" is possibly my favourite mountaineering article. I have managed to apply almost all the techniques.

There are a few other Tom Patey routes within reach of a VF/Severe climber. Squareface would be the obvious one if you don't mind walking.

I would even go out on a limb and say a S climber with slab experience could second "Wrecker's Slab" without too much difficulty. It gets VS for long runouts and a few suspect holds but there's nothing actually hard.

I would suggest that a 14 year old girl with no previous climbing experience could second Wreckers Slab just fine.

Why wait to 14? My 3 year old can do heel hooks at head height when she is is trying to get past obstacles like the gate on her bedroom door.

Patey finds the remains of a climbing boot whilst moving up the decaying, collapsing wall of the North Face of the Eiger with Whillans.

"Is there still a foot in it?" asks Don.

They don't make them like they used to....which is maybe no bad thing.

Mountain Literature Classics: My Climbs in the Alps & Caucasus by Albert Mummery

This classic book is an exciting account of early Alpine ascents - and in that genre it's possibly supreme, says Ronald Turnbull. But there's more to it than that...

In the difficult years either side of WW2 William Heaton Cooper produced three books of Lakeland paintings. The Tarns of Lakeland is the real masterpiece, says Ronald Turnbull.

Ronald Turnbull relishes this irreverent account of Munro bagging without a beard.

Rarely, you'll find a work of fiction that's actually about mountains – rather than just having an exciting rock...

Roger Frison-Roche - First on the Rope

The hills have inspired great writing over the years, but the original might still be among the...