One accusation that sometimes gets levelled at the moderators is that we 'censor' people's free speech; that by removing certain threads and replies, we are infringing on people's freedom to say what they think. On the surface this argument has some merit, however, when you dig a bit deeper it can be seen that allowing everything actually ends up inhibiting much more.

At the other extreme, we have the situation where anything negative is removed, where any criticism of commercial entities is deleted be they advertisers or not, where people who criticise in any way are banned and where the UKC Forums become a puppet to the advertisers. Once again, it is fairly obvious that this would implode as people left the sterile forum to find somewhere more interesting to discuss their thoughts and ideas.

The difficulty for us as moderators is getting the balance right between these two extremes. Sometimes this means removing posts that some users are okay with, and other times it means allowing things that may cause offence to some. We don't always get it right, but we are also open to feedback and will respond to emails questioning removed posts.

It is even more difficult to get it right where companies are concerned. UKC has many advertisers who are the life-blood of the site, yet if we allow criticism of these companies on UKC then we could be putting our own funding in danger. It is a problem encountered by all media-funded by advertising and, on many occasions, it is a problem which is not satisfactorily solved. Responsible and sensible behaviour by advertisers is the key to getting this right though and the majority of companies recognise this and are very co-operative. However, in the past we have had threads started in praise of certain companies. When we take a look a little deeper we have found on occasion that the thread was started by the very company concerned via a 'plant profile'. Spotting the difference between genuine and planted posts is quite a problem for us made more difficult by this attempted freeloading.

There are also occasions where a thread is started which questions or criticises a certain company. These present an even more difficult problem for us and occasionally they aren't treated well by the companies concerned. We will only allow such threads to run where they come from a registered user, who has no conflict of interests, and who has shown that they have attempted to contact the company concerned first. Where a thread does run, the usual pattern of events is that a debate ensues where the company concerned actually fairs very well with much positive and constructive feedback. This is even better when a representative of the company concerned gets involved and we encourage this as much as possible. It is certainly the approach we take when Rockfax, the publishing arm of UKClimbing, comes under fire on the forum and Rockfax regularly does get its share of criticism on the forums. In spite of this, some companies still shy away from allowing themselves to be questioned in public and apply intense pressure to get critical starter posts removed often ignoring the positive content of the rest of the thread.

If you are ever concerned about the moderating on UKC then get in touch via the contact us forms. A popular misconception about UKClimbing Limited is that it is a huge company with an office and the resources to employ full-time Forum Moderators - well, we aren't. We frequently get incredulous emails from people starting with the line "I can't believe why you allow this sort of offensive rubbish to be posted !" If I then check the offensive thread I find that it has only been there for 15 minutes, a quick click or two later and it is gone. Although perhaps the tone of the email was slightly misplaced, we are grateful for people bringing anything like this to our attention. UKC users are key to helping keep the Forums a more pleasant place to post since, as a group, you are there 24 hours a day! 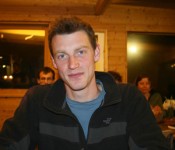 Managing Menstruation in the Mountains

Offwidth
11 Dec, 2007
Pretty much common sense really. On the company side 'unfounded' accusations could give rise to legal action so try as you might the site cant be a 'free zone' for complaints.
fimm
11 Dec, 2007
Like the photo... ;-)
Glyn Jones
11 Dec, 2007
A very good balanced article. Worth people reading to refresh themselves on the finer parts of this forum. I have a few comments though. Why is it ****** then **** would be able to ******. Another thing, what happens if ****** **** ***** **** ********* *** is not ok? Hang on, what happened there? Have the mods ****** my freedom of sp**ch??
Alan James - UKC and UKH
11 Dec, 2007
That is certainly true and any consumer complaint thread is not likely to last long. UKC can not be the consumer watchdog for the outdoor industry. Most specific complaints are far better off dealt with in direct with the retailer/manufacturer. Most of the company critical posts that attract attention are the ones where people are commenting on general service and their own experience. We do watch these very closely though since they are not always free from dubious shenanigans. Alan
Glyn Jones
11 Dec, 2007
I do like the threads that generate discussion when people have tried dealing direct and have failed. UKC can get the message out that there are problems and so prevent others falling into the same situation.
More Comments
Add Comment
Loading Notifications...
Facebook Twitter Copy Email LinkedIn Pinterest