Rosie Robson describes a two-day, three-sibling circuit of the classic Eskdale Round, one of Lakeland's finest long walks. If that sounds like fun, Rosie's written us a Route Card to accompany this article.

If you're ever trying to sleep when the wind is lashing the side of the tent where your head is, and the temperature is a couple of degrees below comfortable, the odds are stacked against you. You've just got to curl up in a ball and close your eyes and, in my experience, listen to the dulcet tones of Stephen Fry reading Harry Potter and the Half-Blood Prince.

We were camping below Esk Hause, on the Eskdale side. It turned out to be a wise choice, due to the very fresh northerly wind that had been conjured up overnight, which seemed to whoosh under the outer skin of the 3-man tent we were in, subtracting precious degrees from the temperature. Still, it wasn't the worst night's sleep I'd had, and it was certainly one of the best positions in England to fall asleep in.

Approximately half way through the Eskdale Round, Lucy, Toby and I had struck camp overlooking Great Moss in Upper Eskdale, probably my favourite valley in the Lake District. In the evening, we had looked out onto the Scafells in all their glory whilst devouring our questionable dehydrated meals. The sub-zero temperatures having defeated us, 750m above sea level in mid-April, we were in bed by 8:30.

'There is something very special about sitting in the evening at the head of an amphitheatre of hills with nobody around: it feels incredibly majestic and peaceful'

After parking in Brotherilkeld in the early afternoon, we'd heaved our rucksacks up onto Slight Side, the first of our conquests on this remarkable walk. My sister and I took full advantage of our brother's growth spurt, landing him with the tent he seemed only too happy to take. On the top, the hail, sleet and snow fell in variable quantities and proportions. There were flashes of the sun, before a bit more precipitation, of all forms. Scafell summit was pretty bleak. Its bulk is often overshadowed by its big brother, but it is a truly magnificent mountain, with cloud drifting up and over the sheer cliffs as we looked over Wast Water, yielding to small patches of sunlight. Toby groaned at the thought of losing so much height as we made our way down to Foxes Tarn, but descending Broad Stand in these conditions with heavy packs wouldn't be the best idea.

As we reached  Scafell Pike and the top of England at 5pm, the clouds cleared and treated us to wonderful views of the whole of the Lake District, stretching to solitary  Skiddaw in the north, and over to the long arm of  High Street in the east. The crowds had descended, and we had the summit to ourselves, a clutter of small rocky islands sticking up from the crunchy snow, interspersed with wind shelters which have witnessed a whole range of emotions, in all weathers. I noticed how incredibly fresh the air was and, ironically, how clear it was too, thanks to the high, but irrepressible, cloud base.

Hopping from rock to rock, we visited the lonely tops of  Broad Crag and  Ill Crag en route to  Great End, which proudly stands off the main path, overlooking its equally impressive neighbours. From here we spotted a collection of very small, stagnant tarns, privately surveying Great Moss which was now bathed in cold evening sunlight. Down we tramped, filling up water in a very refreshing beck. After pitching the tent we fired up the stove and waited our turn to calorie load after a very enjoyable afternoon.

'Hail, sleet and snow fell in variable quantities and proportions. There were flashes of the sun, before a bit more precipitation, of all forms'

Next morning we dragged ourselves into a sitting position, wearing more layers than we had initially bedded down in. A peep outside informed us that the cloud was whirling around in the wind, but it swiftly rose, so that visibility was more than adequate. Overnight my damp boots had frozen, the laces intertwined, hanging stiffly and miserably over the muddy upper. Soon, though, we were off, and by 8.30 we had scaled  Esk Pike, with brief glimpses down to Langdale, the fourth major valley the mountains had portrayed to us. Just after the summit we came across a small red tent, pitched purposefully on a large patch of snow. As we walked past a head popped out and chimed "Morning!" merrily through the buffeting wind. One could only assume that this brave soul was training for some high altitude conditions, or else he just has a tendency to sleep very well.

We pressed on to  Bowfell, my first ascent of this famous mountain, which can be seen standing tall at the head of Upper Eskdale. Soon we were descending to the rather surreal Three Tarns, before our final climb up the Crinkles. Here we could see the whole route, a panorama of craggy peaks, rarely found in England to this extent. After a scramble down we exited by the direct route, losing height rapidly through Adam-a-Cove, thankfully still on two feet. At last we hit the path, where we were met by the incredibly clear river waters. By this time the gloves, hats and waterproofs had been removed, and we wandered down the valley in supreme sunshine. Compared to the blustery conditions on top of Bowfell ninety minutes ago, Upper Eskdale was a calm haven of spring life lining the chilly River Esk, as if trying to warm it up for summer.

Reaching the end of the walk, I looked back at the marvellous peaks crowning this beautiful valley, showcasing the best of the Lake District's rugged hills. Completing the Round on a cold April weekend meant that we weren't queuing to stand on the top of England, but there was still enough light in the days to get a decent amount done and still get back in time for the Grand National. A one-day approach on a long summer day would definitely be enjoyable with a lighter pack – there's no question about it. But there is something very special about sitting in the evening at the head of an amphitheatre of hills with nobody around: it feels incredibly majestic and peaceful. That may not be your view when you're lying awake listening to the roaring wind at 3am, but happiness does, after all, come in different forms.

Having been brought up near the Lake District, Rosie Robson has been enjoying the hills from a very young age. Family holidays to Scotland have enhanced this, and one of the things she enjoys most about walking is the wilderness that it can bring, as well as the views. She also loves scrambling and a bit of easy climbing, and some of her best days out include Suilven, Aonach Eagach and Tower Ridge on Ben Nevis. She is currently a Geology undergrad at Durham University, which allows her to get outdoors through fieldwork and gets her interested in the rocks beneath her feet.

The Big Routes: Old Crown Round, a Circuit of the Northern Fells

The Kingshouse Round - A New Classic Challenge?

Around the Rough Bounds of Ardgour and Moidart

VIDEO: The Corris Round

During the first lockdown, twelve-year-old Tom was content with local walks, some climbing and watching videos on YouTube. As the...

Long-distance challenges such as the Bob Graham have gained notoriety far outside the borders of Cumbria, and for good reason.... 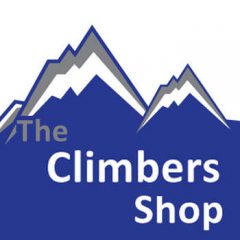